We are pleased, and a little bit saddened to pass on the news that after years of loyal service, Lizzie, ACES’ bearded dragon, decided to hand in her two weeks notice and retire to a comfortable Aspen apartment at the end of March.  As one of Hallam Lake’s most beloved indoor animals she has educated and entertained thousands of visitors, campers and school children during her tenure.

She took great pains in personally training her replacement, Spike (native of Glenwood Springs), for all of the difficult tasks he has been assigned such as sitting on hands, sitting on rocks, being petted, sunbathing, taking baths, and eating in front of visitors.  She believes he is more than up for the task. 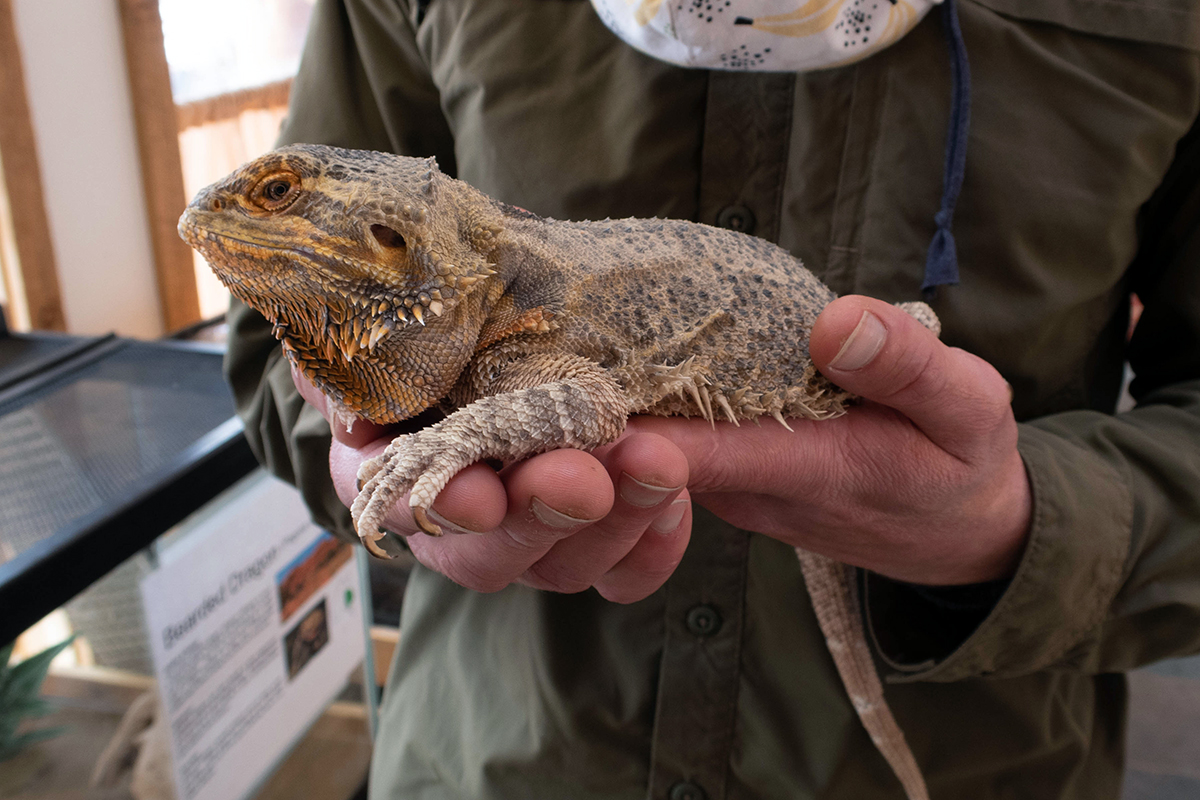 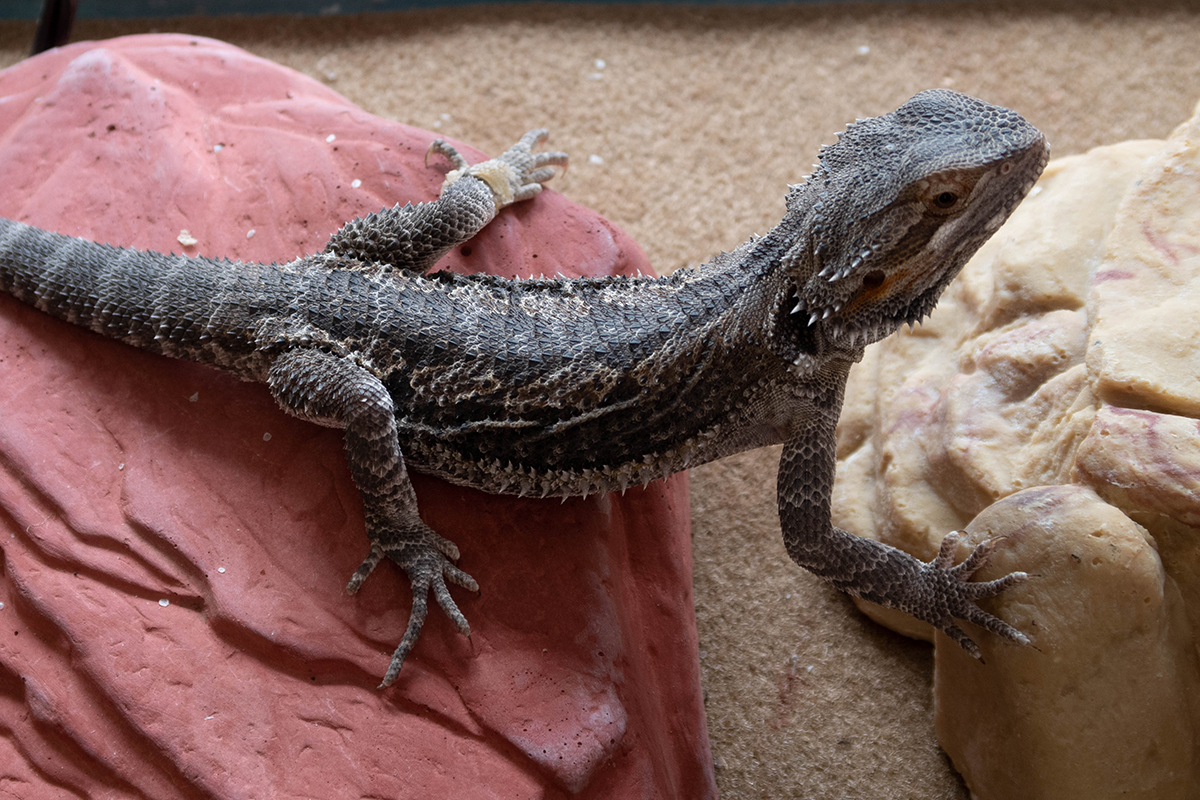 Lizzie plans on spending her retirement doing things she enjoys like basking on her heated rock, eating mealworms, and taking long baths.  Moreover, she will be fulfilling a lifelong dream of going on a spring roadtrip with her life partner, local gnome Zelfin Lookingglass on a roadtrip in a 1994 Toyota Previa to see the Great Plains of the Great State of Kansas where the seemingly endless land and sky compete for one’s admiration. 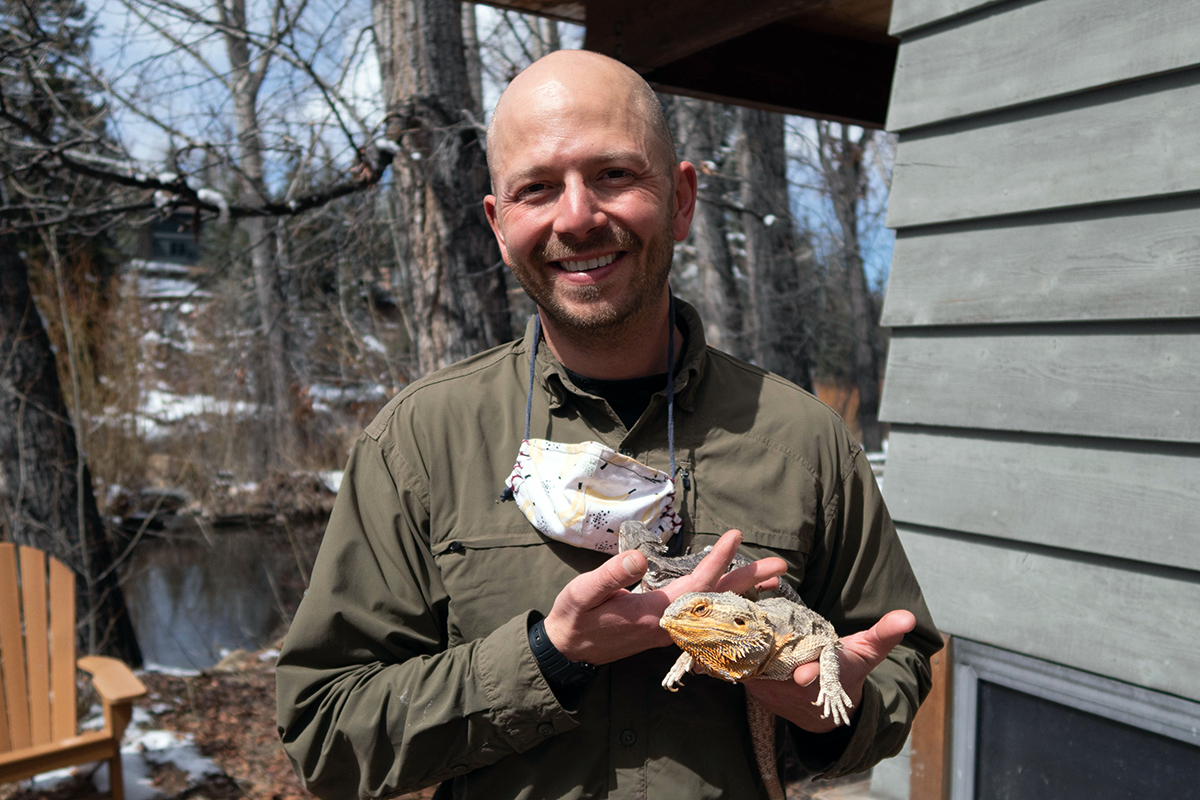