30 Days of Dawn: Rising with the Sun in the Roaring Fork Valley 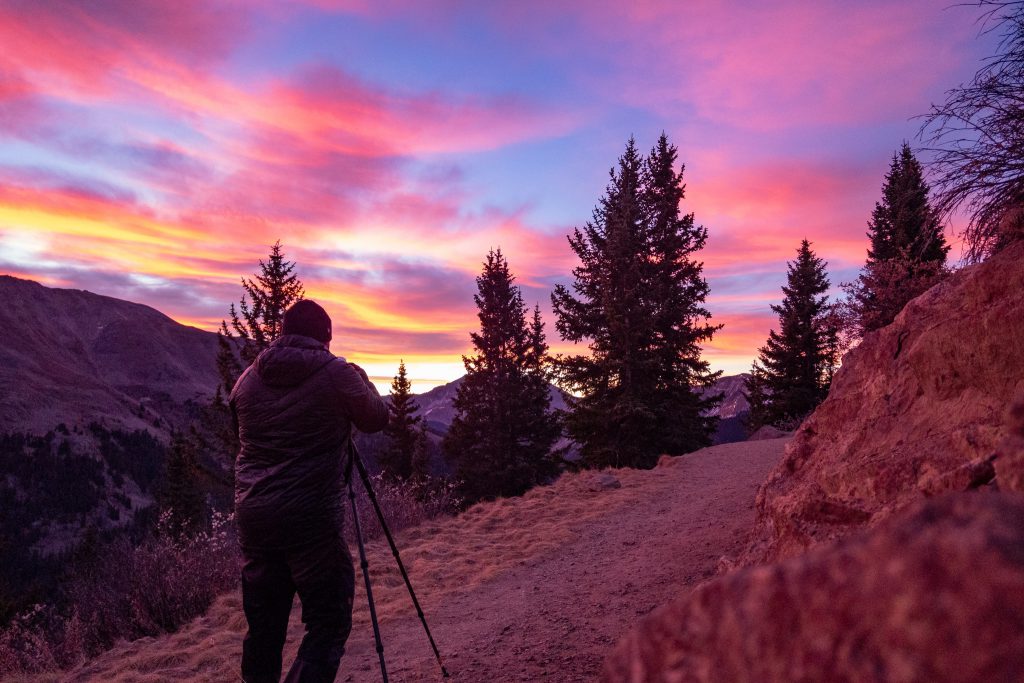 “30 Days of Dawn: Rising with the Sun in the Roaring Fork Valley”
Craig Turpin

Craig Turpin has had a lifelong passion for photography ever since he shot his first roll of film at the age of ten on a Vivitar point-and-shoot, which his parents bought for him to capture the mysterious and charming beauty of Northern Japan where their family had just moved. By his late teens, Craig was active in his high school photography club and busy honing his creative eye on a hand-me-down Pentax ME super.

Craig left the land of the rising sun for Kent State University in the late 90s, where he studied TV and film production as well as interned with the local PBS affiliate before stepping into a producer role upon graduation.

A few years later, Craig took his talents to New York City landing as a producer/editor at NBC Universal in Rockefeller Center. After an exciting stint in the big city, Craig traded in skyscrapers for 14ers when he took a winter assignment in Aspen with Plum TV in 2013. Since then, he has transitioned from professional motion picture work to still photography using his diverse background and skillset to cover every aspect of day-to-day life in the Roaring Fork Valley as the chief photographer at the Aspen Daily News.

During an off-season trip to Los Angeles visiting friends, Craig was first inspired to start the “30 Days of Dawn” challenge after learning that his surfing pals in Venice Beach had been doing a “30 Days of Dawn” early-morning surfing challenge every October for the past few years. But since the lifts weren’t yet spinning in Aspen in October, Craig took a different approach to participate in the challenge: he set out to capture the same 30 sunrises his friends were seeing while riding waves together in LA, but from a singular perspective in the mountains—from hiking trails and tranquil rivers to roaming wildlife and inclement weather.

30 Days of Dawn: Rising with the Sun in the Roaring Fork Valley