The First Ascent: Over Ten Thousand Years of Native American Occupation in the Colorado Mountains 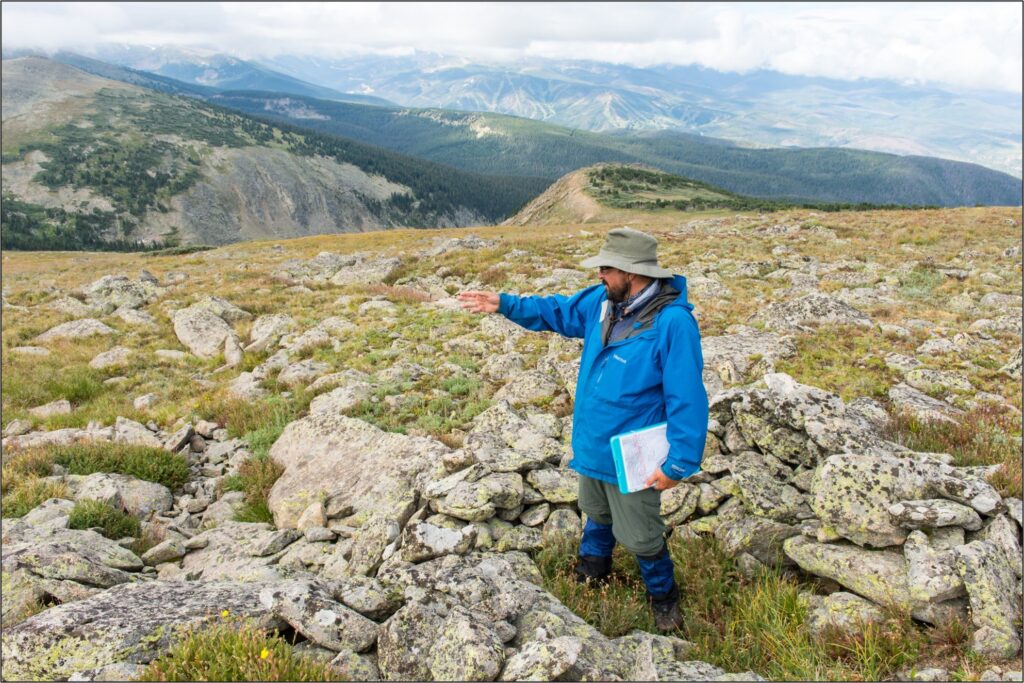 Presentations are Wednesdays at 6 pm at the Third Street Center in Carbondale, CO, and Thursdays at 6pm at ACES at Hallam Lake, in Aspen, CO. No registration necessary.

Jason LaBelle is a Professor of Anthropology within the Department of Anthropology and Geography at Colorado State University (since 2005), Director of the Center for Mountain and Plains Archaeology, and Curator of CSU’s Archaeological Repository. As a past president of the Colorado Council of Professional Archaeologists and the Colorado Archaeological Society, he enjoys working with the greater archaeological community and sharing his knowledge with the general public. He obtained his BA degree in Anthropology from Colorado State University and his MA and PhD in Anthropology from Southern Methodist University. His research lab, the Center for Mountain and Plains Archaeology, is a research-learning lab grant-sponsored by federal agencies and supported by the James and Audrey Benedict Endowment for Mountain Archaeology. His research specializes in the subsistence, mobility, seasonal aggregation, and camp layout of Native American hunter-gatherers inhabiting the American West over the past 13,000 years, with primary emphasis on Colorado. He has active research projects underway in Rocky Mountain National Park and within several Wilderness Study Areas in the deep canyons of northwestern Colorado.

With questions or comments about this program, please contact Phebe Meyers, ACES Community Programs Senior Manager, at pmeyers@aspennature.org or call 970.925.5756.

The First Ascent: Over Ten Thousand Years of Native American Occupation in the Colorado Mountains