Sun, Snow, and Silence: A Solo Hike Across the Colorado Plateau 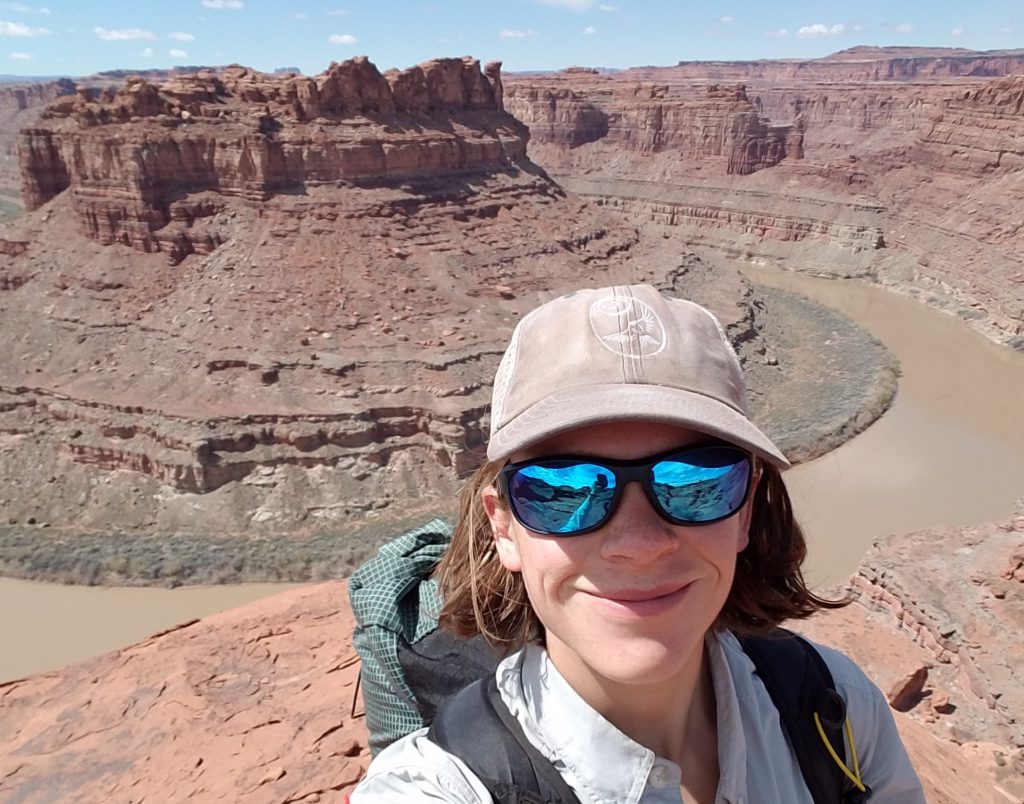 “Sun, Snow, and Silence: A Solo Hike Across the Colorado Plateau”
Veronica Reardon

Even before moving to Colorado and becoming a naturalist and ranger, Veronica’s identity has revolved around wandering around outdoors by herself and with others seeking what Edward Abbey calls “a reawakened awareness of the wonderful – that which is full of wonder.” Entranced by the desert landscape in 2018 after passing through Utah for the first time, she resolved to see it in the most intimate way her skillset allowed. While she had never done a thru-hike before, she decided that would be the ultimate way to see the desert (plus, she had good advice about logistics to rely on). Thus, her Hayduke aspiration was born.

While bringing you along on her journey from Arches, through Utah and the Grand Canyon, and ultimately to Zion National Park, Veronica will discuss her reasons for being out there and what she carried from the experience. You’ll hear about postholing for miles, the people she met out in the desert, hitchhiking on a raft across the Colorado, some high river crossings, some light scrambling, and the most tedious boulder field around. The narrative touches on what it’s like to be a solo female hiker, the knowledge and appreciation of the desert gained from the walk, thoughts on thru-hiker culture and ways of being, and the meaning of true immersion in the American landscape.

Sun, Snow, and Silence: A Solo Hike Across the Colorado Plateau