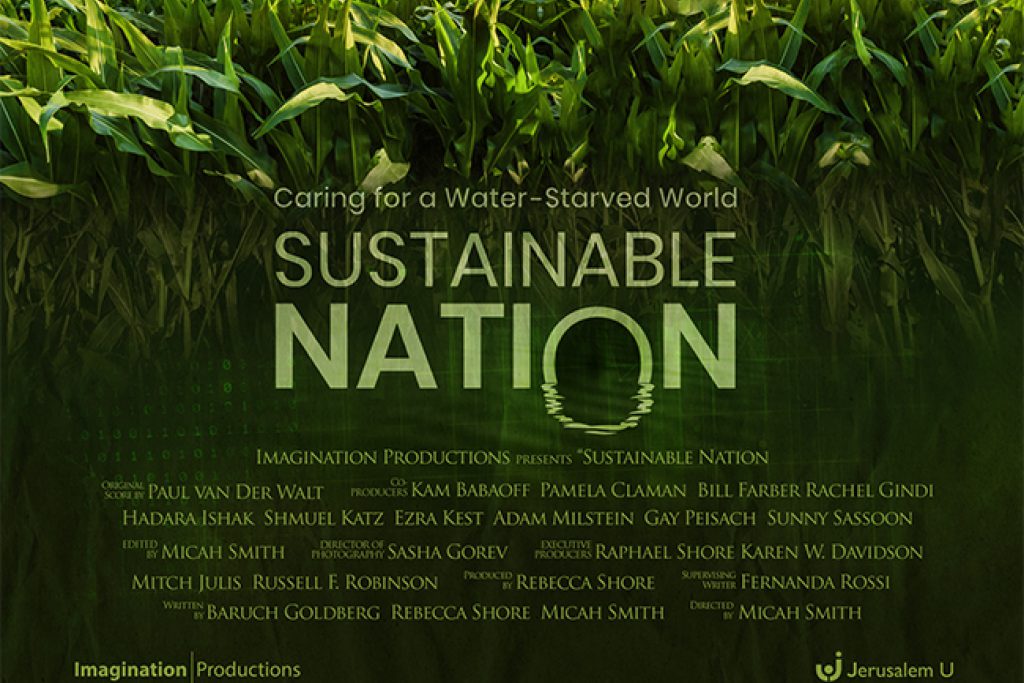 The hour-long documentary film, Sustainable Nation, follows three individuals who are doing their part to bring sustainable water solutions to an increasingly thirsty planet: to underdeveloped communities in Africa, India, and to farmers in central California. Using solutions developed in water-poor Israel, they are working to change the status quo of a world where one in ten people lacks access to safe drinking water. But water is just the beginning.The work of this visionary trio highlights the nexus between water, food, and energy and underscores how clean water can help solve problems of poverty, illness, and lack of opportunity on a global scale.

Aspen Film, ACES, and Jerusalem U present a special screening of Sustainable Nation on Sunday, January 12 at 7:30PM at the Isis Theater in Aspen. Sustainable Nation Executive Producer Raphael Shore and ACES CEO Chris Lane will participate in a Q&A following the film.

Tickets are $15 per person, and $10 for Aspen Film & ACES Members. Members can receive their discount by purchasing at the Isis Box Office only.

This event is made possible in partnership with: