The Last Descent of the Blue Nile 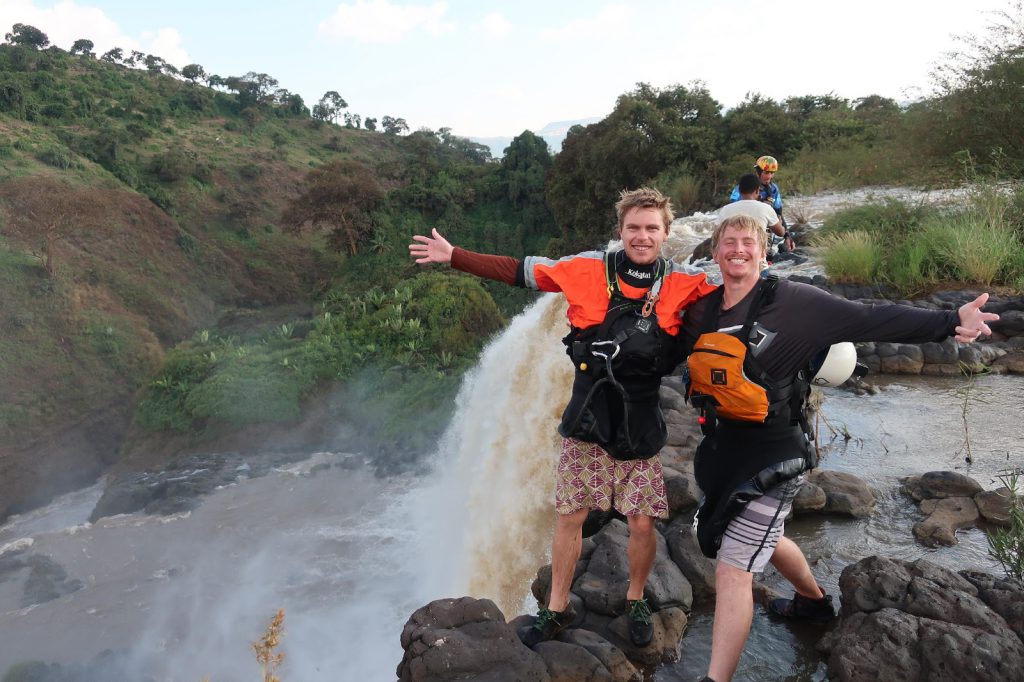 On November 4th, 2017, Aspen locals Scott Lacy and Curtis Berklund, alongside 18 other expeditioners, set off for a last descent of the Ethiopian Blue Nile.  The nearly 1000 kilometers of the Blue Nile, known as the Black Nile in Ethiopia, flows through five major canyons including the Grand Canyon of Africa and is currently being dammed and flooded by the largest dam ever built in Africa. With the dam gates scheduled to shut December 2017, the group pushed off the shores of Lake Tana following only 6 previous river running attempts in recorded history, straight into the Northern Gorge, the most notorious whitewater of the trip. Curtis and Scott, being safety kayakers, rescued swimmers, righted a flipped raft, performed live-bait rescue for pinned raft in a class VI rapid and paddled the first descent of that rapid, among much more.

Floating downstream, the expedition entered the true Grand Canyon of Africa and the ubiquitous presence of the Nile Crocodile in the heart of the Ethiopian jungle. They encountered landscapes, tribes, wildlife and hundreds of kilometers of river that would soon be underwater. Their local translator and guard enabled Scott and Curtis to talk to tribes people, understand their way of life and culture and discuss the effects of the dam on their homeland.  The river gave way to a complete clear cutting of jungle as they neared the dam construction site itself, a few kilometers from the South Sudan boarder.

Scott and Curtis endured physical, mental and spiritual challenges they never imagined; kayaking with crocodiles and hippos, having infectious bugs crawling everywhere, sharing a single snickers bar as a meal due to food shortages, learning an entire population has no fore warning of rising waters and seeing a completely wild landscape turn into a wasteland. It was truly a life changing expedition. On December 8th, after 34 river days, the team of 6 rafts and 5 kayakers completed all 916 kilometers, marking the most successful journey down the mighty Blue Nile in history to date.

The Last Descent of the Blue Nile