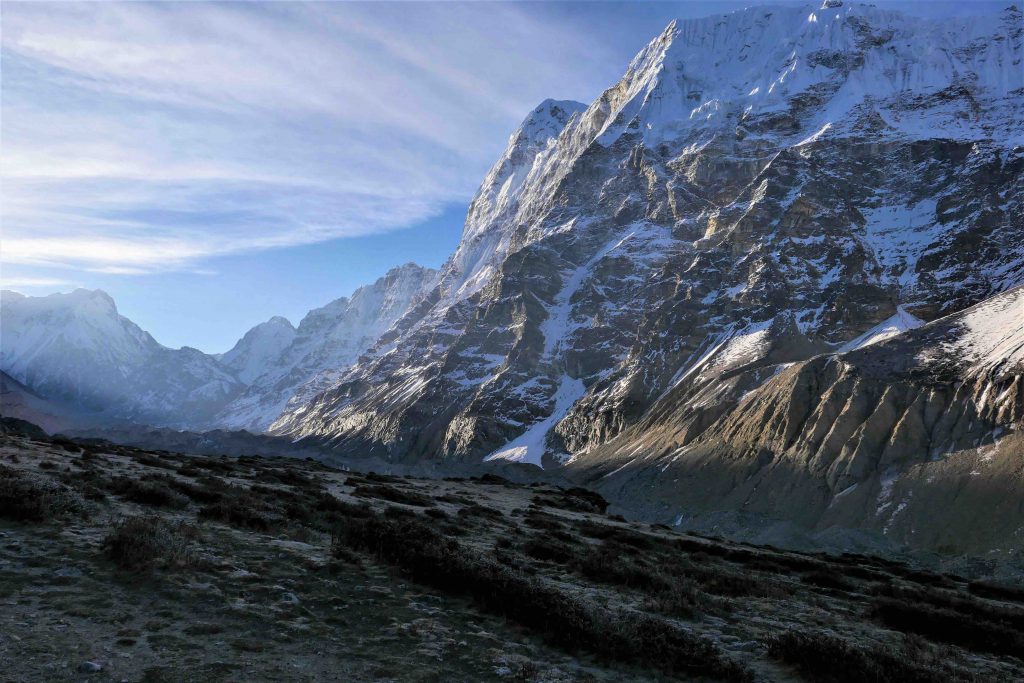 Longtime valley resident Dave Reed – author of the Rough Guide to Nepal published in the 1990s – has made 10 trips to Nepal over more than 30 years. On his latest trip in April-May 2019, he set his sights on extreme eastern Nepal, far from the conventional trekking routes, to explore the Kangchenjunga region: a place which has only recently become possible to trek independently.

The sparsely populated Kangchenjunga region is a remote slice of backwoods Nepal, home to a rare remnant of Himalayan temperate rainforest that is the biological and scenic equivalent of any such forest on earth. In its middle elevations, an overstory of firs and larches towers over moss-covered rhododendrons, epiphytes, and riotous undergrowth that provides habitat for the elusive red panda. Higher up, trails lead to the north and south base camps of Kangchenjunga, the world’s third-highest mountain, with majestic views of the massif and its glaciers.

In a slideshow of his 16-day trek, which included both base camps and a high traverse to connect them, Dave will highlight the incredible botany of the region, discuss the notable shrinkage of the glaciers, and comment on the evolution of tourism and trekking in Nepal over the three decades he’s been observing the country.