Uncanned Oxygen: Know Your Trees at the Aspen Space Station 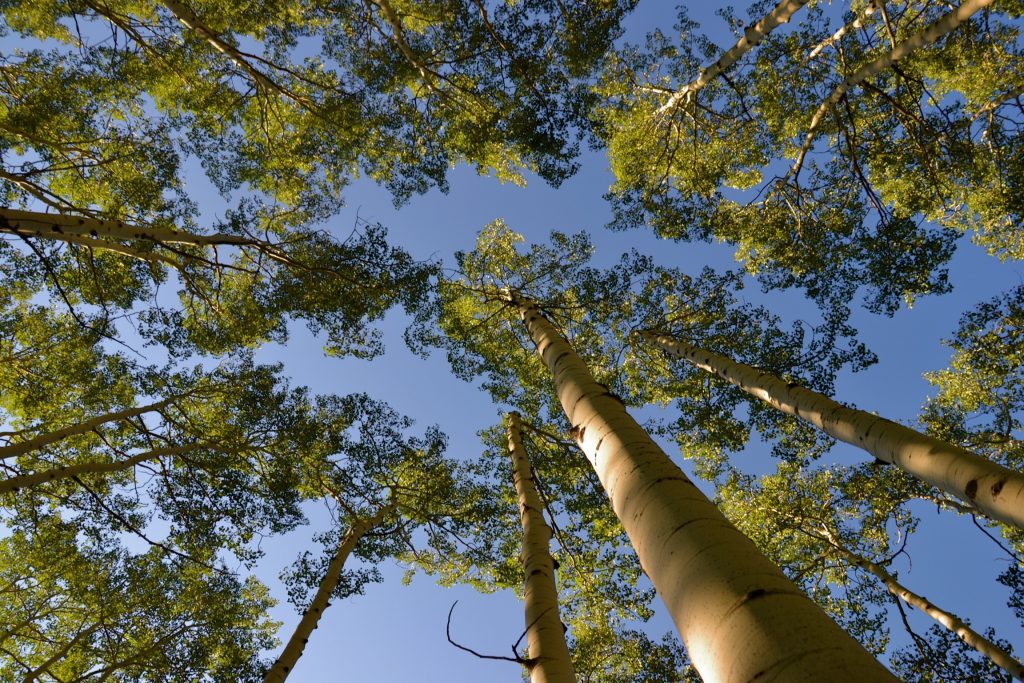 Firs and spruces, aspens and cottonwoods… How many trees do you know? Come explore the Aspen Space Station with ACES and learn how to identify up to a dozen species of conifers and deciduous trees.  Participants will walk away with basic knowledge about trees native to Earth, more specifically Aspen. Forest-inspired cocktails with spirits by Woody Creek Distillers.

This is a free community event. Registration is limited to 25 people, sign up today!

About “Know Your Trees”:

“Know Your Trees” is an ACES program led by Adam McCurdy, ACES’ Forest and Climate Director to introduce you to species in your backyard, and runs in the summer at ACES on Monday evenings. ACES is excited to host this program in partnership with the Aspen Space Station. Adam first joined ACES in 2008 as a Naturalist and re-joined the ACES staff in 2017 as the Forest and Climate Director. He received his B.S. in Environmental Science from the University of Massachusetts and his M.A. in Geography from the University of Colorado. Adam discovered the beauties and intricacies of the natural world while exploring the rich forest of New England. As ACES’ Forest and Climate Director he’s thrilled to be spending his time working for the forests of the Rocky Mountains.

About the Aspen Space Station:

The Aspen Space Station, led by artist Ajax Axe, is an interactive and immersive art experience in “the wild” above Aspen. Working in the deep forest along Midnight Mine Road, four artists—Ajax, Chris Erickson, WALLY, and Lara Whitley—are on an “Earth Is Sexier Than Mars” mission, building a massive outdoor art installation as part of the Earth Force Climate Command, which you can learn more about here.

Uncanned Oxygen: Know Your Trees at the Aspen Space Station