A couple of times a week I walk a loop from Hallam Lake down the Rio Grande trail and up through the Meadows and through the West End. In the past year I have been recording the changing of the seasons by photographing and taking notes about the snow on the mountains, water in the creeks, changes to plants (phenology), and presence of animals.

This year, during the first week of May, I noticed the first spring bloom of a native wildflower in the Aspen area, the American pasqueflower Pulsitilla patens. At the same time as pasqueflower blooms lots of other things are happening. During the past two weeks the Ruby-crowned Kinglets have arrived and are singing their sweet song. The swallows followed a few days later taking advantage of the first flying insects of the season. Then like clockwork the Broad-tailed Hummingbird showed up at Hallam Lake within a few days of May 1. Here is an interesting article on hummingbird arrival time compared to the changing bloom times of the flowers from which it gets food. 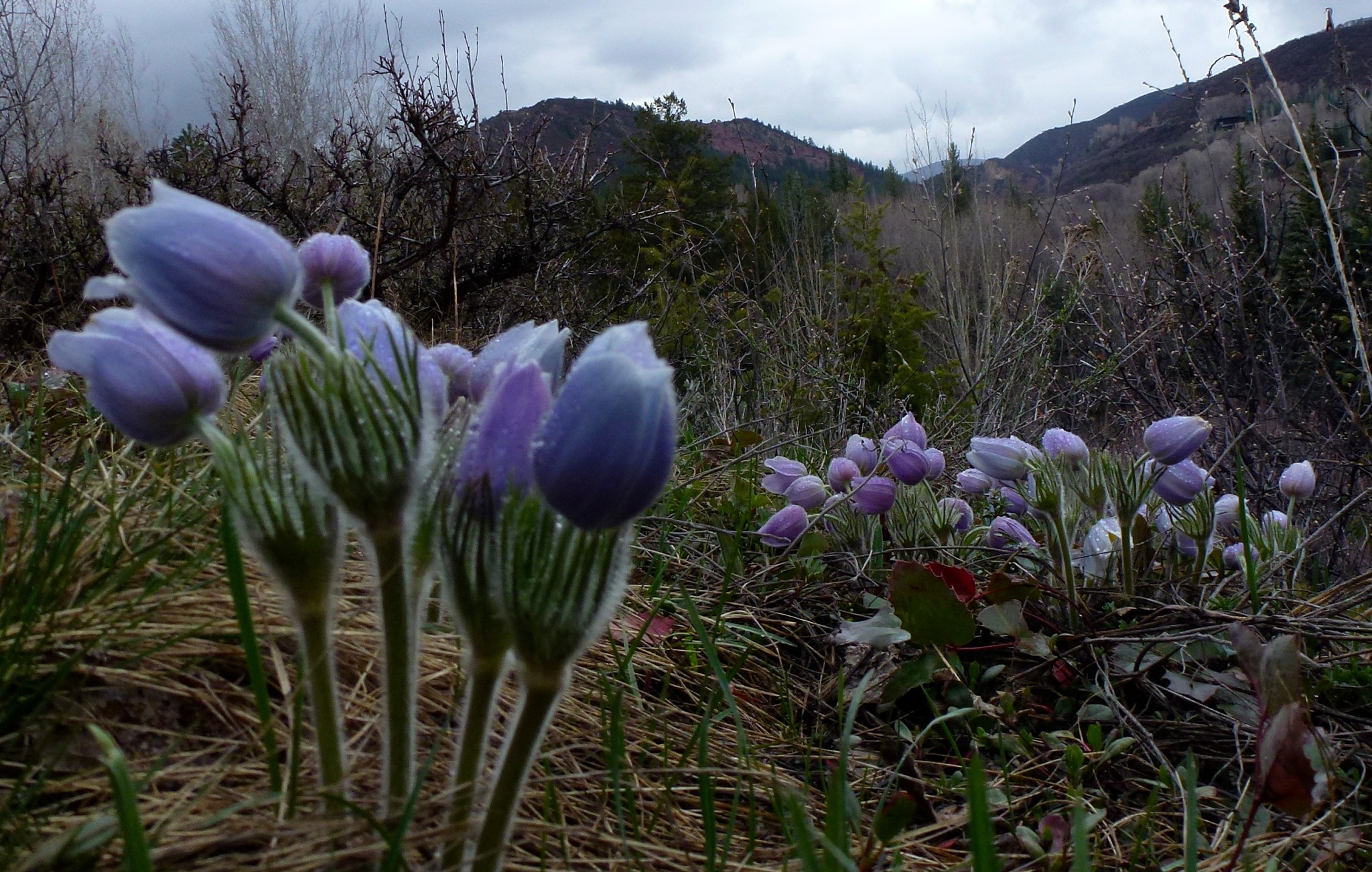 American Pasqueflower. The word “pasque” can be traced to either mean Easter or Passover (pésakh in Hebrew) depending on language.  Either way this first spring bloom comes at the time the snow melts and adds vibrancy to a transitioning landscape. It is found around the world at high latitudes and mountainous areas in meadows. Photo taken by author on May 6, 2013 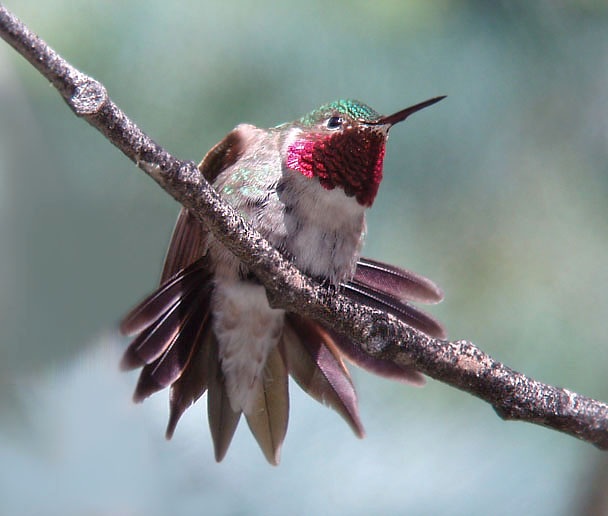 ACES keeps a wildlife viewing and phenology notebook at our front desk at Hallam Lake. Over the past seven years the first Broad-tailed Hummingbird has arrived on the preserve within a few days of May 1. This year it was May 4, likely because of a storm that hung out over the area from May 1 to May 3. Photo of Broad-tailed Hummingbird by Steve Berliner.

What’s next?  This week the cottonwoods are beginning to drop their sticky bud sheaths. At Hallam Lake there are so many cottonwoods we need to put a cover on our cars! Now is also the time to keep an eye out for morels in cottonwood forests. Over the past few years they have been found during the second two weeks of May. Soon goslings will be born and the first warblers are scheduled to arrive in the coming weeks. Keep your eye out!

Recently at Hallam Lake we’ve had budburst for both chokecherry (end of April) and western serviceberry (first days of May). The other species ACES is tracking is quaking aspen. Male aspens have just completed flowering and the caterpillar-like catkins are starting to fall to the ground.

If you are interested in phenology and record keeping and would like to participate by adopting your own plant to monitor for seasonal change call or email me and I will help you get setup with Project Budburst. Jim Kravitz (970) 925 5756 or jkravitz@aspennature.org.