April Fools’ day is a favorite among kids — and many adults. On what other day can you get away with playing prank after prank? From switching around the kitchen drawers to replacing Oreo cream with toothpaste, we’ve all executed (or fallen prey to) some pretty funny pranks each April.

But fools, tricks, and shenanigans aren’t unique to people. Plenty of animals have their own tricks to share. And though wildlife don’t limit these tricks to the first of April, they’re worth mentioning on this classic day of tomfoolery.

Read on to learn about nature’s own April Fools — from commonly confused species to animal pranksters and funny facts.

Just like twins or siblings can confuse strangers with their resemblance, there are a lot of similar mix-ups in the animal world.

These species and characteristics may appear to be the same, but upon closer investigation might surprise you with some differences.

From a distance, coyotes and wolves can look awfully similar. Both species are members of the canid family, which includes foxes, dingoes, and other species of dog. In areas where gray wolves live — the upper Great Lakes and Northern Rockies, for example — it’s easy to mistake one species for the other.

These canids do have a lot in common. But they’re also quite different in many ways, including their size, color, shape, and sounds they make.

First of all, coyotes are much smaller than wolves— roughly one-third the size. Coyotes are generally 15-50 pounds while wolves can be up to 150 pounds. Coyotes and wolves can have similar coats, but colors can vary slightly. Wolves can be gray, black, and sometimes white. Coyotes can be gray with hints of red, brown, and buff. The snouts of these animals are different, too: coyotes’ are pointed, while wolves’ are more blocky.

Finally, if you hear sounds coming from one of these canids, they can help distinguish a coyote from a wolf. A coyote’s sounds are higher pitched with short howls and yipping. Wolves have deeper sounds — long howls, growls, and barks. 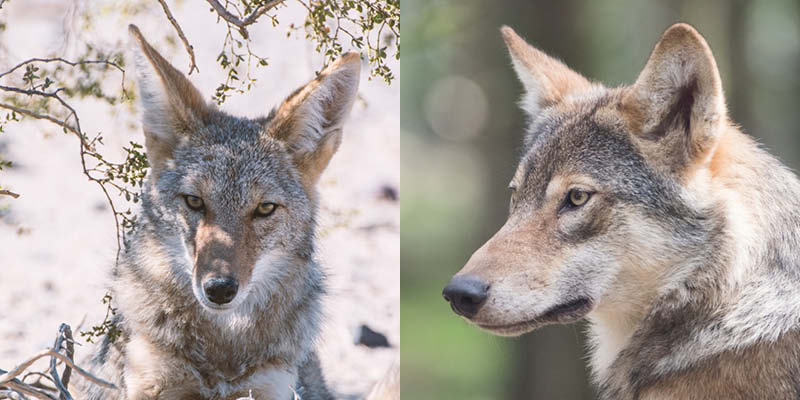 Bison or buffalo? Visitors to the western Plains and Rocky Mountains often ask this question, and for good reason. We often refer to these massive, furry animals that roam the West as bison and buffalo.

But what are they?

The confusion stems from interchanging the names of two types of animals that live in very different parts of the world. Bison (genus: Bison) live in the cool climates of North America and Europe. Buffalo, on the other hand, live in warmer climates in Africa (Cape Buffalo, genus Syncerus) and Asia (Water Buffalo, genus Bubalis). Both bison and buffalo are part of the Bovine family.

So, our big bovines in North America are, scientifically at least, bison after all. But why do we also call them buffalo?

People have been using the word “buffalo” so long on this continent that it’s accepted as a common name for the North American bison. Perhaps early settlers used this name because the bison closely resemble buffalo on other continents. Or it might be because the word buffalo comes from the French word beouf, meaning beef animal. Whatever the reason, buffalo is an acceptable term for the charismatic mammals that roam the West. 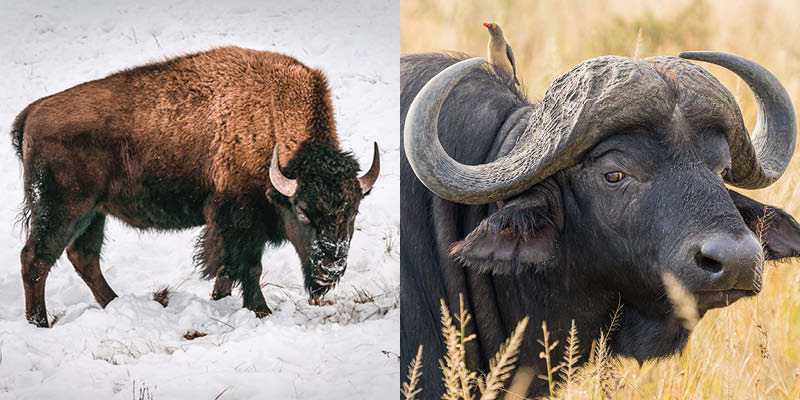 These common adornments on the heads of many mammals are often confused – and for good reason. But the truth is, antlers and horns are very different structures.

Horns are what you see on animals like bison, pronghorn antelope, and bighorn sheep. Horns typically grow on both males and females of the same species, though males’ are usually bigger. Horns are made of two parts — in the interior (made of bone), and around that, a keratin sheath (kind of like our human fingernails). Horns continue to grow throughout an animal’s life without ever shedding.

On the other hand — or hoof, rather — antlers are usually unique to the males in species like deer, elk, and moose. As opposed to those with horns, animals with antlers shed them each year and soon begin to regrow them. Antlers are made of bone that protrudes from pedicles on the animal’s head. And unlike horns, antlers branch off into different points. 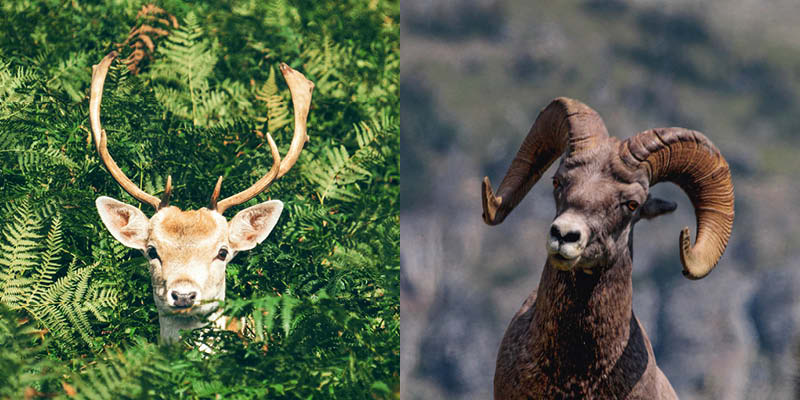 We all know a good prankster or two, but chances are they don’t have anything on the “pranksters” of the animal kingdom.

4. Tricks of the Raven

Ravens are the ultimate pranksters of the animal world.

We often see them digging through unattended dumpsters, picking at roadkill, and begging for picnic scraps. But these birds are actually some of the smartest in the animal kingdom.

Ravens can play quite a few tricks on both people and fellow animals. They can imitate other birds’ calls (human words, too!), open campers’ tents, and even hold grudges. According to a study by researchers in Austria and Sweden, ravens can recognize the faces of people who tricked them out of a food reward — for up to two months.

So while most April Fools pranks just last a day, make sure you don’t get on a ravens’ bad side. You may be hearing about it for weeks! 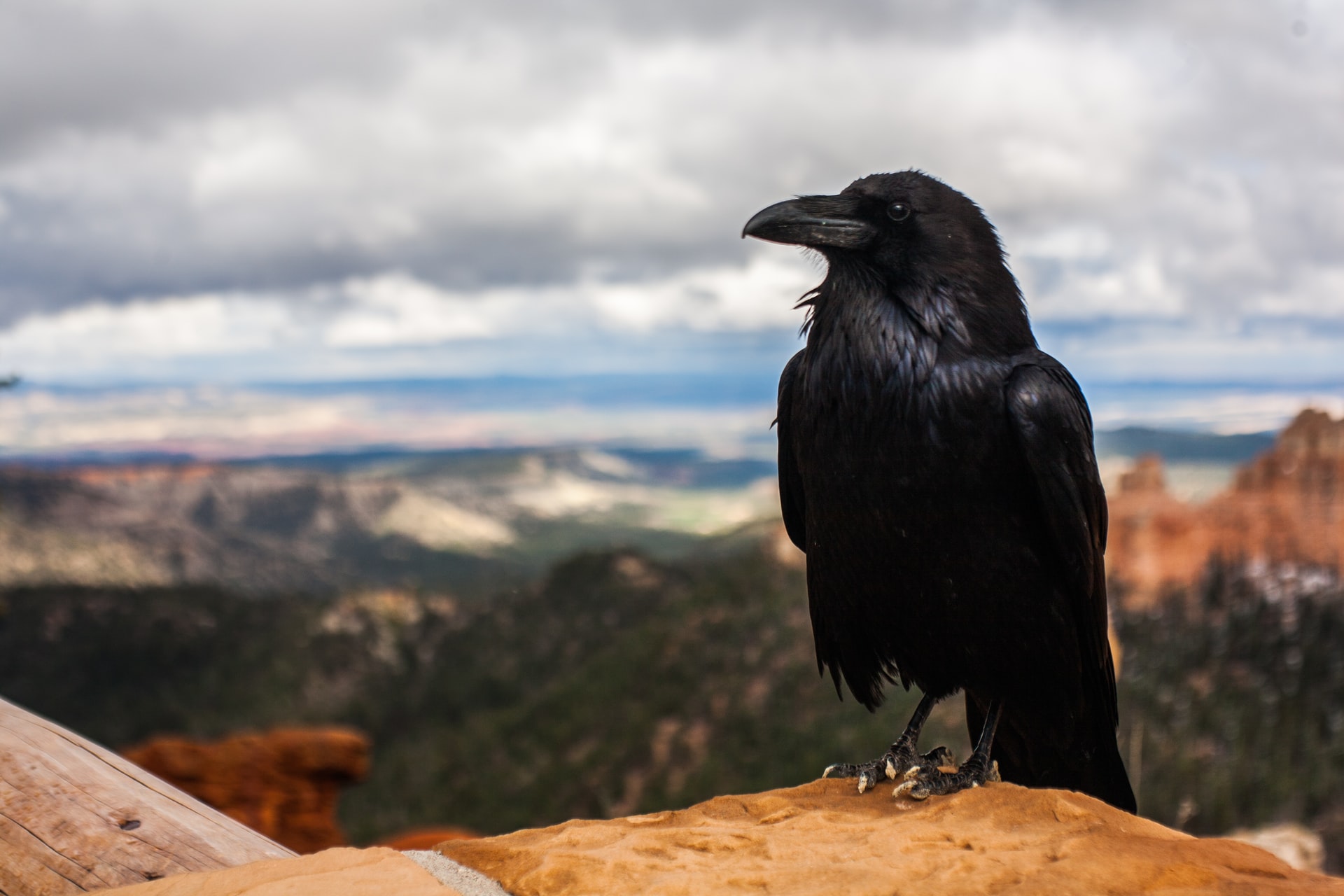 This snake lives in scrubby prairies of the American West, grows up to 3 feet long, and has a mildly toxic saliva. But its venom isn’t what the Western hognose uses for its tricks.

When this snake feels bothered, it displays a series of dramatic defenses: it flattens the skin near its neck, takes a huge breath, inflates its body, and strikes at whatever is threatening. It doesn’t often bite in self-defense but instead will revert to another tactic if the first response doesn’t work. As a last resort, the Western hognose will flip onto its back and thrash around with its tongue out. The snake then falls limp, playing dead, until the coast is clear and it can slither away.

This trick is a bit dramatic — maybe a bit overkill for your typical April Fools — but it sure works well for this sneaky reptile.

Beavers, the largest rodents in North America, are by any standards fascinating animals. Beavers have a reputation for engineering their environments — often to humans’ distaste.

Beavers stay busy gnawing down trees to create their famous dams. In the process, they flood forests and create wetlands. Humans often see this behavior as an inconvenience, but the creation of wetlands is actually beneficial to many species and ecosystems.

But beavers in Lousiana took these antics up a notch. After police got reports of stolen money hidden in a creek, they arrived to find that beavers had woven some of the stolen bills into their dam.

It’s unclear who received the brunt of the prank — the bank, or the thieves — but it seems like the beavers came out on top! 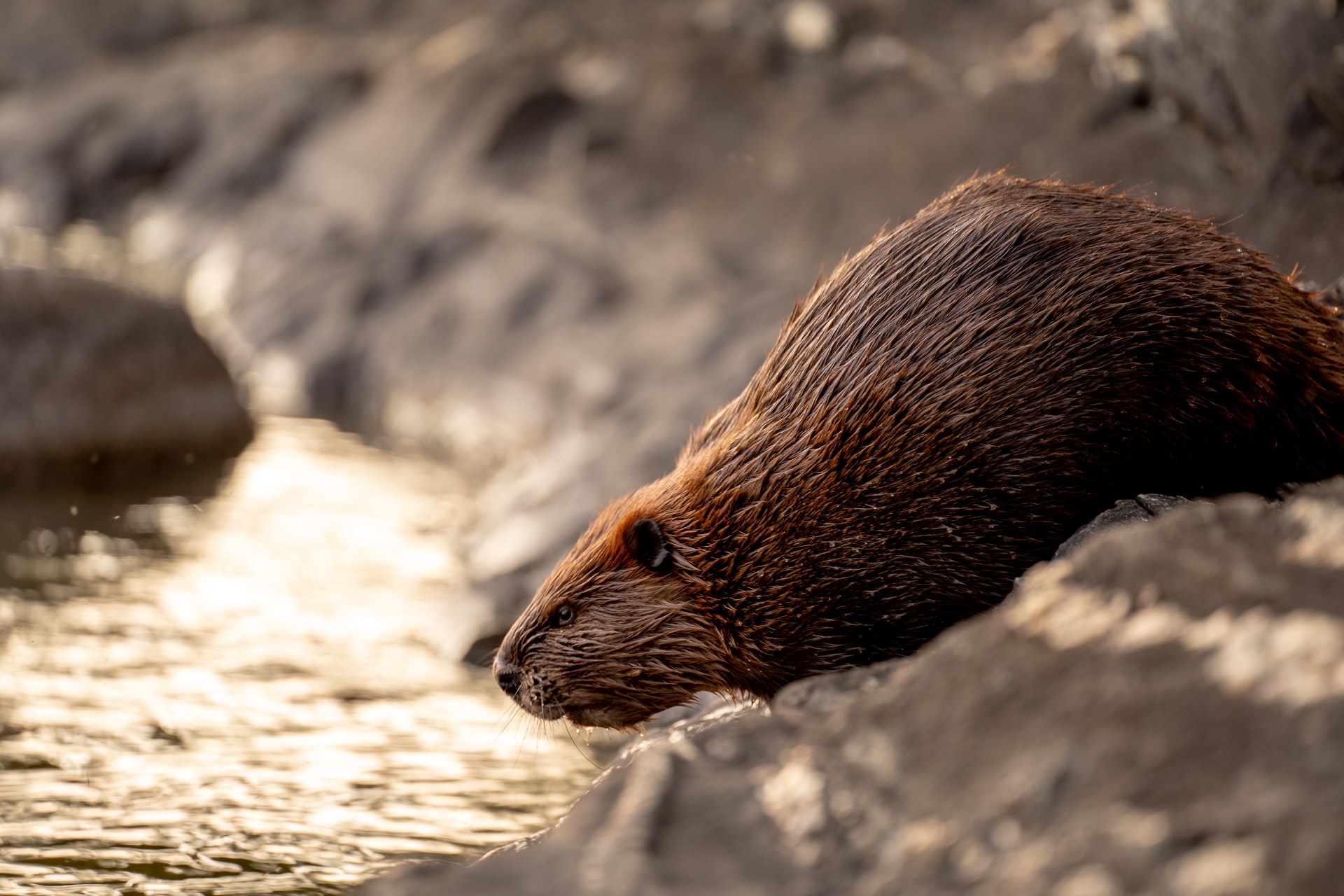 Sometimes, nature just surprises us. From species thought to be globally extinct to debunking common myths, there is plenty to marvel at within the animal world.

Black bears aren’t always black — in fact, they can be one of many colors. Most black bears in the eastern United States are black, and these were the first that European settlers saw. But west of the Great Plains, black bears range widely in color.

Where forests are more open and meadows abound, light-colored fur is helpful. The lighter fur doesn’t absorb as much sunlight and helps bears camouflage in these areas. In dense Eastern forests, black fur is suitable for the dark underbrush.

There are also subspecies of American black bears that sport even less common colors. Kermode bears, in British Columbia, are sometimes creamy white. The unique color is due to a recessive gene, and First Nations people refer to these bears as “Spirit Bears.” And in Alaska, there’s a unique population of “Glacier Bears.“ These blue-gray bears are mostly isolated from other black bear populations. 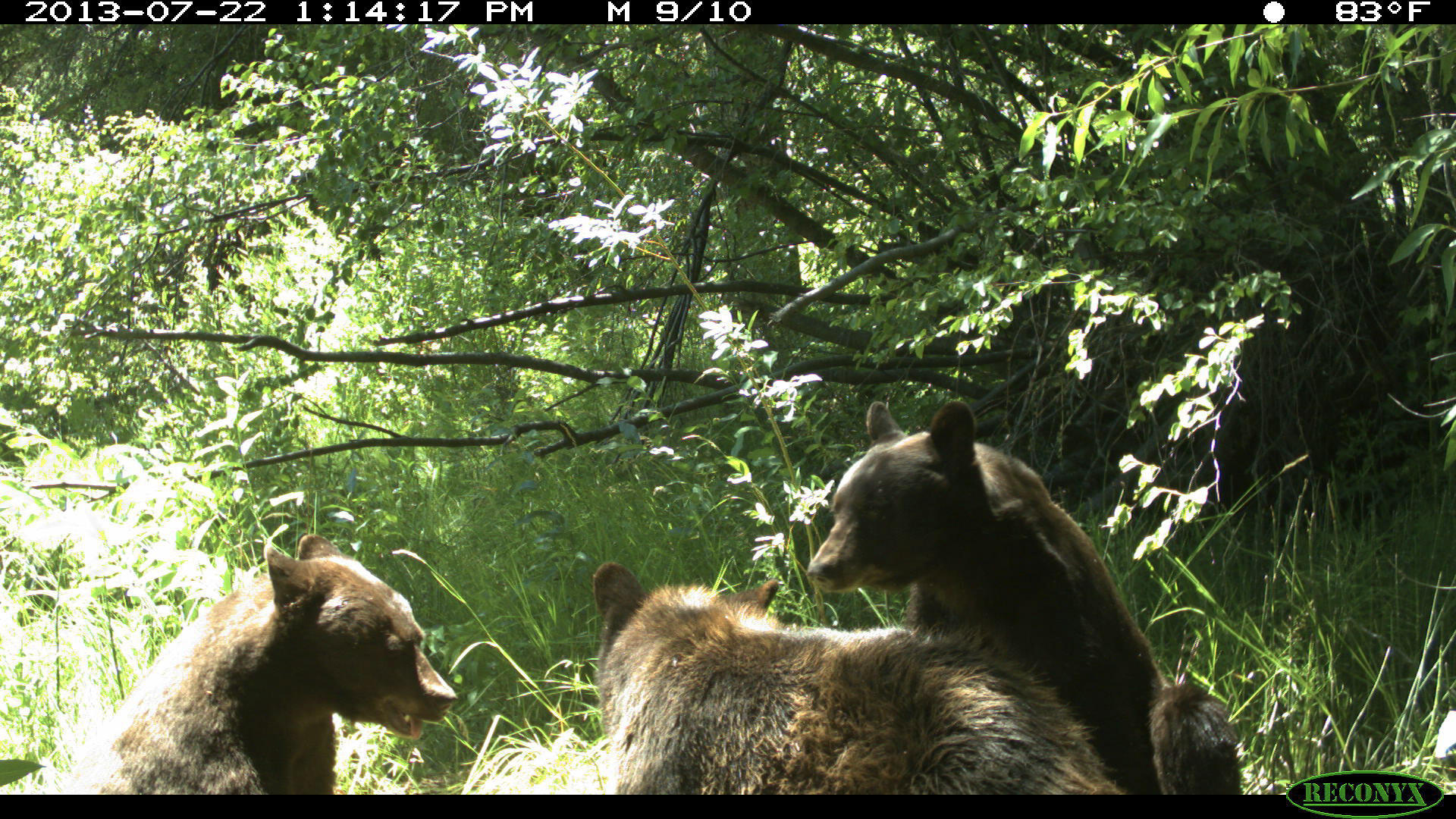 8. Back from the Dead

If there’s a species that’s really pulled one over on us, it’s the black-footed ferret.

The only native species of ferret in North America was declared globally extinct due to habitat loss, food source decline, and disease.

However, to scientists’ surprise, a population of these animals was “rediscovered” in the early 1980s and placed on the Endangered species list. Since then, reintroduction and conservation efforts have been helping to get black-footed ferret populations back on track.

Black-footed ferrets live in the grasslands of North America and prey on prairie dogs. A lot of hard work from conservation groups has helped these critters rebound after their declared extinction.  But success of the species still depends on habitat preservation and efforts to address disease among ferret populations.

When you hear the word “minnow,” you think small, right?

In colloquial terms, “minnow” generally refers to a number of small fishes or the young of larger fishes. Scientifically, “minnow” is the common name for a specific family of fishes. This group includes carp, goldfish, and shiners, to name a few.

But there is one species of minnow that stands out in the West, and it’s the Colorado pikeminnow.

Pikeminnow can grow shockingly large — making the name quite funny. The largest reported pikeminnow was measured at almost six feet. This species is the largest of the minnow family in North America, and calls the whitewater canyons of the West home.

This April Fools’ day, remember that nature has some of its own tricks up its sleeve.

After you’ve finished putting a rubber band around the sink sprayer and cling wrap over the shampoo, take a minute to share some of nature’s best April Fools with friends and family. There’s always something to learn in nature, and there’s usually more than meets the eye.