In the Spring of 2020, the world embarked on a lesson in patience. People in all corners of the globe learned to sit tight, hold on, and wait for the positive resolution we all hoped to see. In addition to the lessons forced upon us by the pandemic, I began to learn patience from another, less alarming teacher.

I learned to stand still and quiet, day after day. I learned to respect the free will and spirit of a magnificent creature. In March of 2020, I began to train a Golden eagle.

ACES has been home to Golden eagles for four decades. Before my time as an ACES Naturalist, there was a resident eagle who delighted visitors for 38 years. Many knew and loved this bird, who passed away in 2019. During her residency at ACES, she had learned to perch on a falconry glove and was the subject of many educational classes.

In December of 2019, another eagle took up residence at the Nature Preserve. Here was a wild eagle, one that may have been flying free above the Great Sand Dunes of southern Colorado just over a year ago. Though resigned to captivity after an injury to its wing, it had no interest in training with humans, perching on a glove, or being carried outside its mew (an enclosure designed for birds of prey).

With the hope of sharing a new golden eagle ambassador with visitors of Hallam Lake, I joined the “eagle team” in March of 2020. As a team, our goal was to reduce this bird’s fear of people and to build a relationship of trust–much like that shared with this eagle’s more social predecessor.

The training process was tedious. In 2019, ACES chose to adopt a “consent-based” training method for birds of prey–meaning we can only train birds at their own will. Trainers give a “cue” –a sound or noise that indicates the bird should perform a certain task–then wait and see if the bird chooses to cooperate. In the early days of training, we set a time limit of 4 minutes for the eagle to respond before we assumed that it was uninterested in training and rewards. 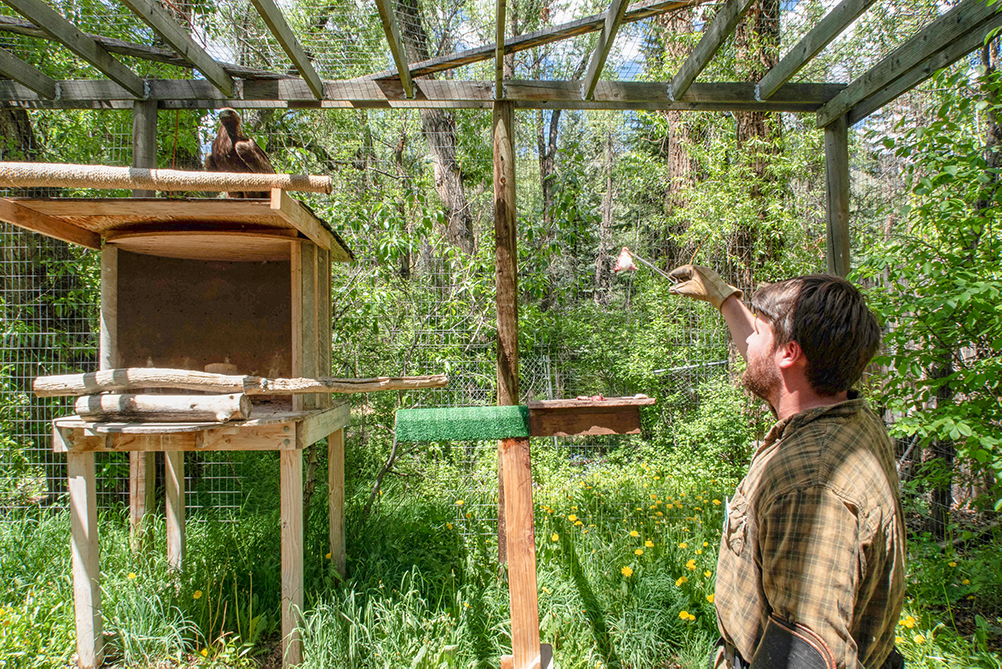 Four minutes is not a long time in the grand scheme of things. But when you’re standing stock still, knowing every move or sound you make could distract or frighten the eagle, four minutes feels like eternity. Once, on an early summer day, I stood still for so long that two hummingbirds raced between my legs. They seemed not to notice that I was a human and not some sort of tree.

During that time standing still, my mind was free to wander. Sometimes I thought about what was going on in the world. Sometimes I thought about things going on in my life. At other times, I thought about the nature of the creature I was hoping to “train.” Here was a Golden eagle, Aquila chrysaetos, named for the flowing trail of golden feathers on the nape of its neck. This is the eagle whose likeness was cast in bronze and carried as a standard before marching Roman Legions and Napoleon’s Grande Armee.

This is one of the largest birds of prey in the world–a creature capable of diving from the sky at nearly 200 miles per hour, forcing goats off of mountain precipices and feeding on their carcasses below. In the wild, this bird can use its powerful beak and 3-inch talons to dissect the flesh of its mammalian prey. These animals can ride the wind, high in the sky, for incredibly long periods without flapping their 8-foot wings.

Misfortune denied this particular bird the freedom to exercise its natural prowess as an apex predator. After breaking the digit bones on its right wing, this bird lost three long primary flight feathers, which will never grow back. This eagle came to Hallam Lake without the abilities needed to thrive in the natural world. We hope to give it the best life possible—one with a home in which it can inspire those lucky enough to see it. 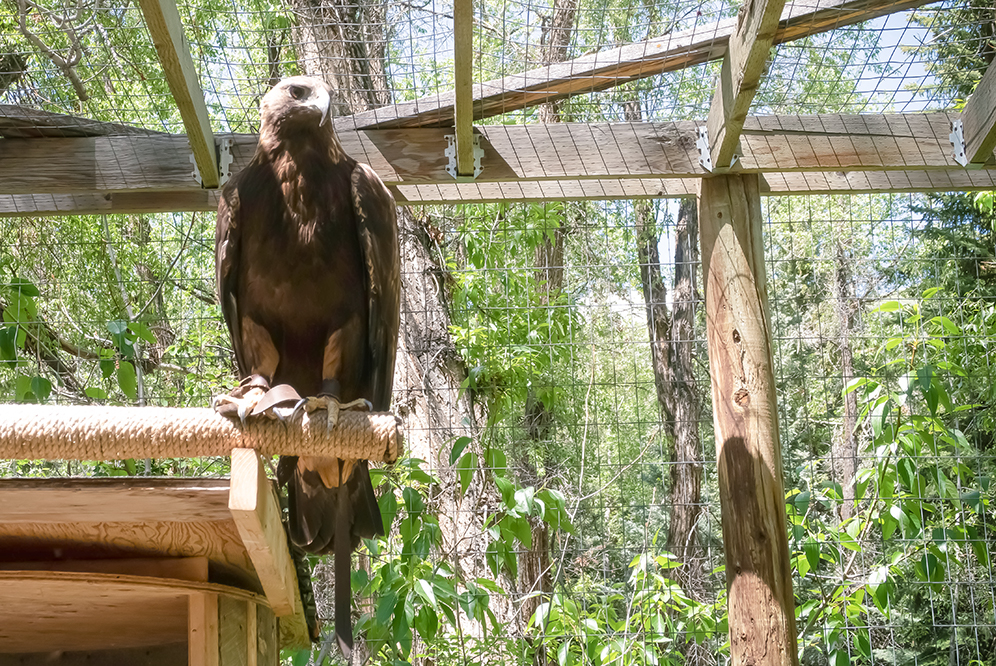 Patience is paying off. Over time, 4 minutes has become 45 seconds. We still have ups and downs with training, but considering where we started, I can see how much progress we’ve made. Our consistent work has led to a growing sense of trust and understanding with this bird. The ACES “eagle team”, Kitty Winograd, Grayson Bauer, Gus Longo, Denali Barron and I have much to be proud of–and much work ahead of us as we continue the training process!

As I continue building a relationship with this majestic creature, I remember this raptor’s origins—and contemplate what he is teaching me. I look forward to tomorrow’s lesson. 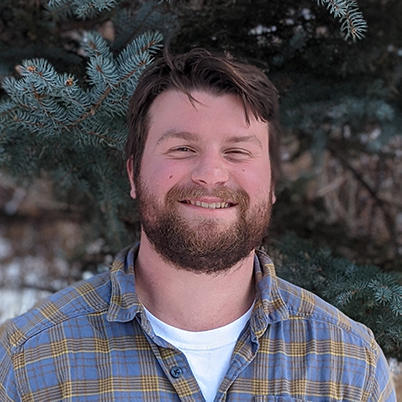