Reflections from a Naturalist: Ellie Newman

My only taker for the 10:15 Crater Lake hike wore an American flag patterned T-shirt, camouflage shorts, and on his belt there was (I did a discreet double-take to verify) a gun. His name, I soon learned, was Lakota, and he enthusiastically signed up for my guided hike at the Maroon Bells. This was my job as a summer naturalist with ACES: to take visitors on tours through Aspen’s wilderness areas, making stops to talk about ecology, geology, and to answer the question that everyone reliably asks: “Do you have bears here?” (Yes.)

At the very first stop on my tour – during which I pointed to the layers of stratification that stripe the Maroon Bells and explained the forces that raised the Rocky Mountains some seventy million years ago – Lakota was rapt with attention. He embodied a quality that I have come to appreciate in people through my job as a naturalist, a quality that transcends age, education, and political orientation: curiosity. I’ve given enough tours to vacant-eyed teenagers herded along by their parents to relish a visitor like Lakota. Instead of the rote delivery of information, my tour with Lakota was collaborative and animated, brought to life by the inimitable spark of his genuine curiosity. 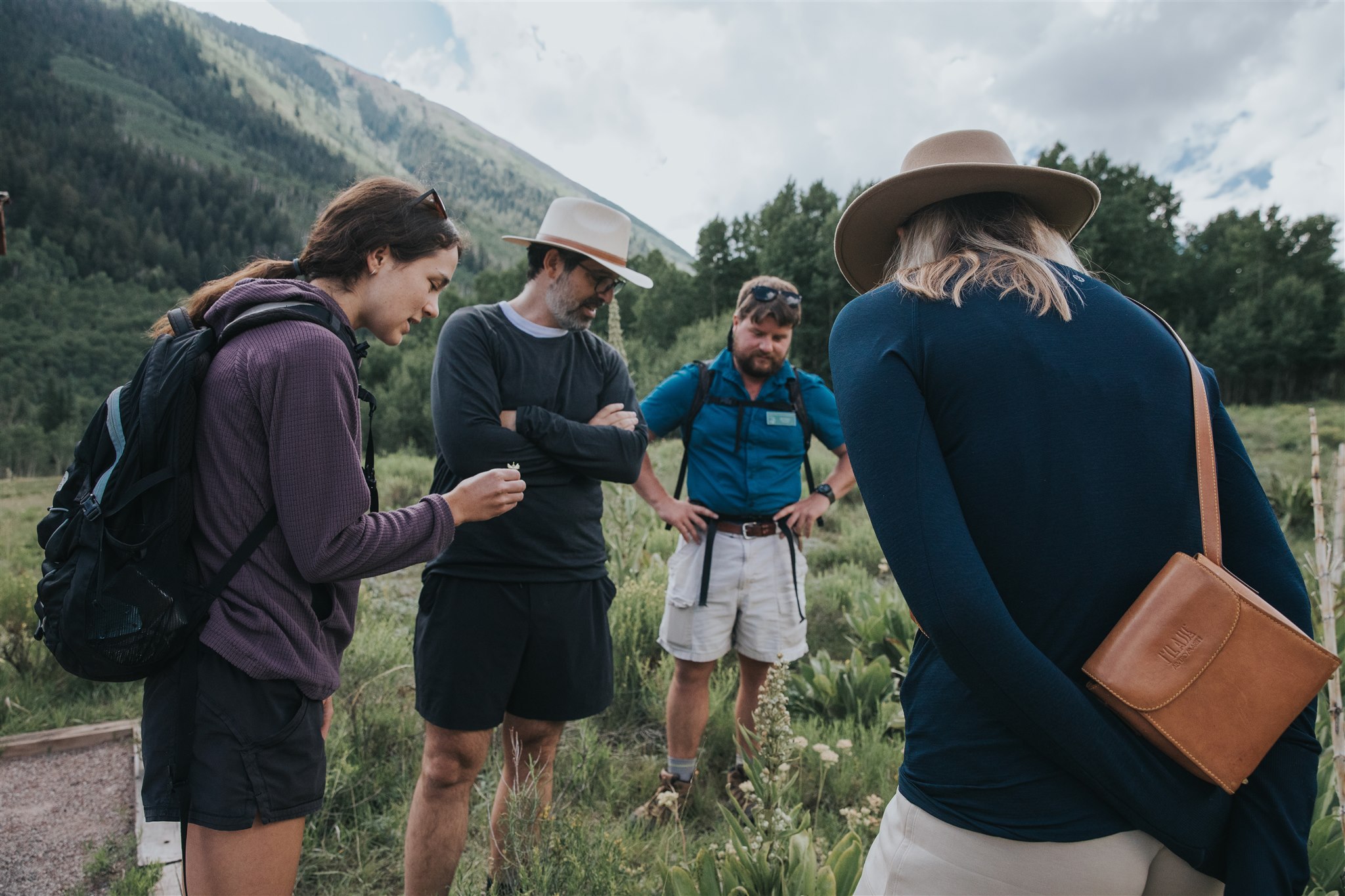 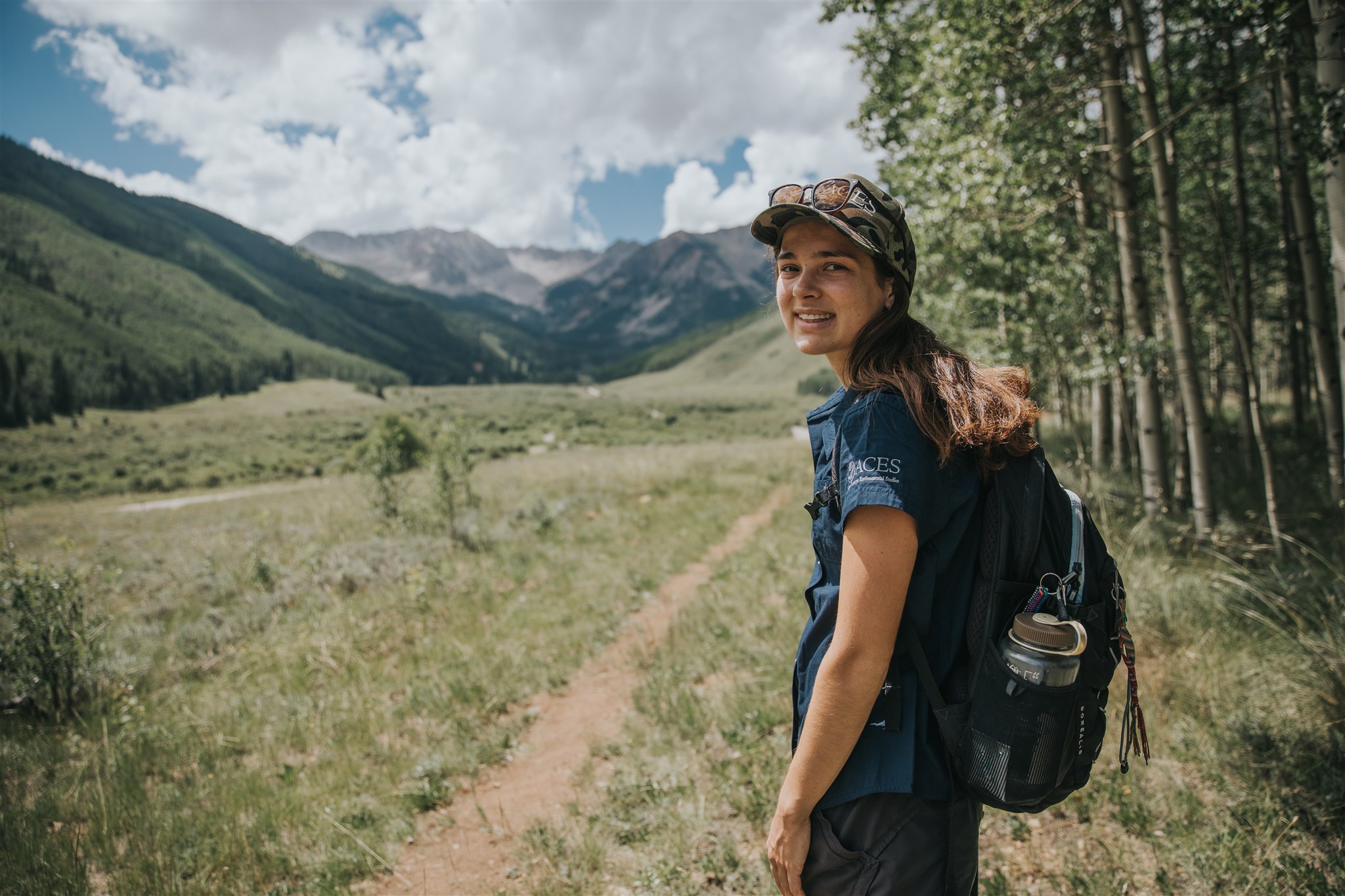 Guiding in the Castle Creek Valley

The Changing World of Winter

It’s been a year now since I met Lakota, and my tours have changed with the seasons. Wildflowers and lush aspen groves gave way to pristine expanses of snow, disturbed only by the tracks of snowshoe hares and pine martens; I replaced hiking boots with snowshoes and skis. Until last year, my only real winters had been endured in Chicago. Winter in Aspen, I soon realized, is a different beast entirely: it’s celebrated. 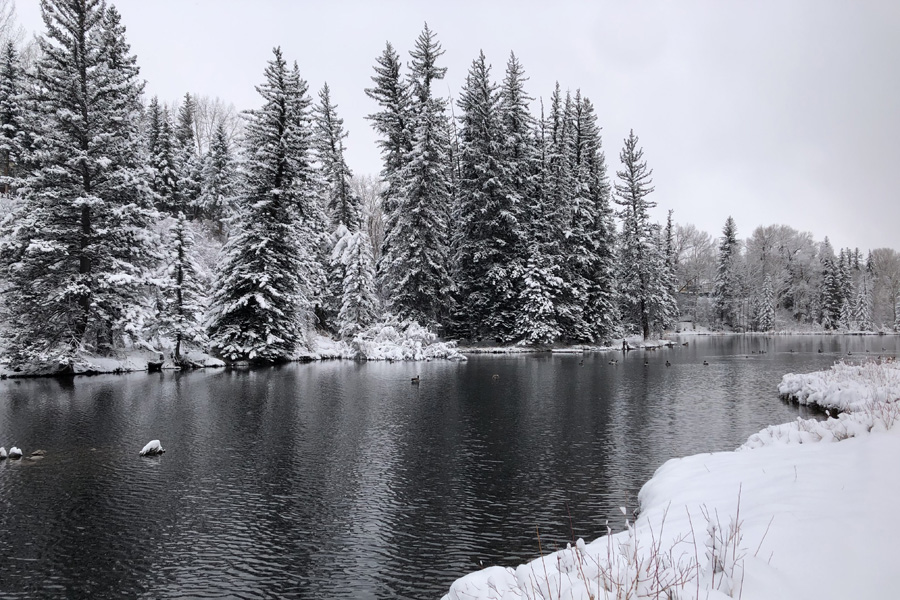 I had vaguely imagined that winter would consist of unchanging black-and-white snowscapes, but every day I was surprised by a new facet to the variety of snow. Powder days dawned with inches of fresh snow decorating the spruce and fir trees, a totally clean slate blanketing the ground; days passed without a storm and our trails became icy, hillsides feathered in crystalline clusters of hoar frost. In the morning, delicate crystals of ice clung to the dried stalks of cow parsnip that protruded from the snowpack; by the afternoon, the sun had melted them off and they lay scattered like flakes of glitter in the snow. I watched the snowpack rise throughout the season and then with longer, warmer days, begin to shrink and melt. Winter was a changing world. 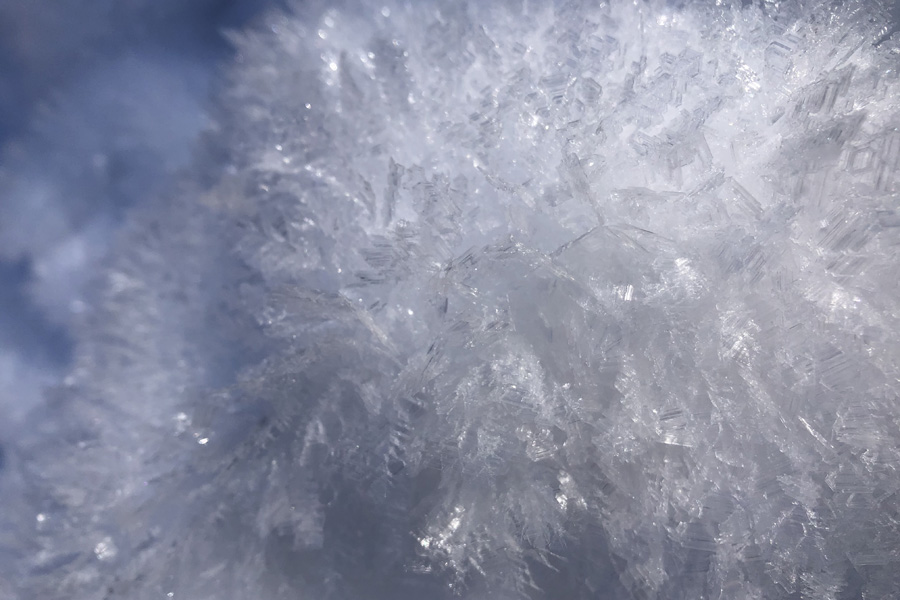 While the world outside proved endlessly dynamic, one thing remained constant in my daily life: the pulse of curiosity in my tour guests. Some people came on ACES tours to take pictures for their lifestyle blogs, some for exercise, some to fill a morning with an outdoor activity. Occasionally among them there were those who, like Lakota, saw the landscape as a fascinating series of questions begetting more questions. Why does Red Mountain look so different from Aspen Mountain? What was the average height of an Aspen silver miner? On one memorable ski tour from the top of Elk Camp (which usually takes forty-five minutes), I met Debra and John, a couple visiting from New York. Their questions sparked such interesting conversations that our tour took two hours. Then there was the veterinarian from Tennessee, the sisters from Wyoming, the family from Florida. They had wildly different backgrounds, ages, and jobs, but were all united by the inquisitive way they saw the world.

Since starting with ACES last June, I’ve learned a lot. It began with our two-week whirlwind of summer training, broadly covering flowers, trees, mammals, geology, history, and water, but it has continued every day that I’ve lived in this valley. 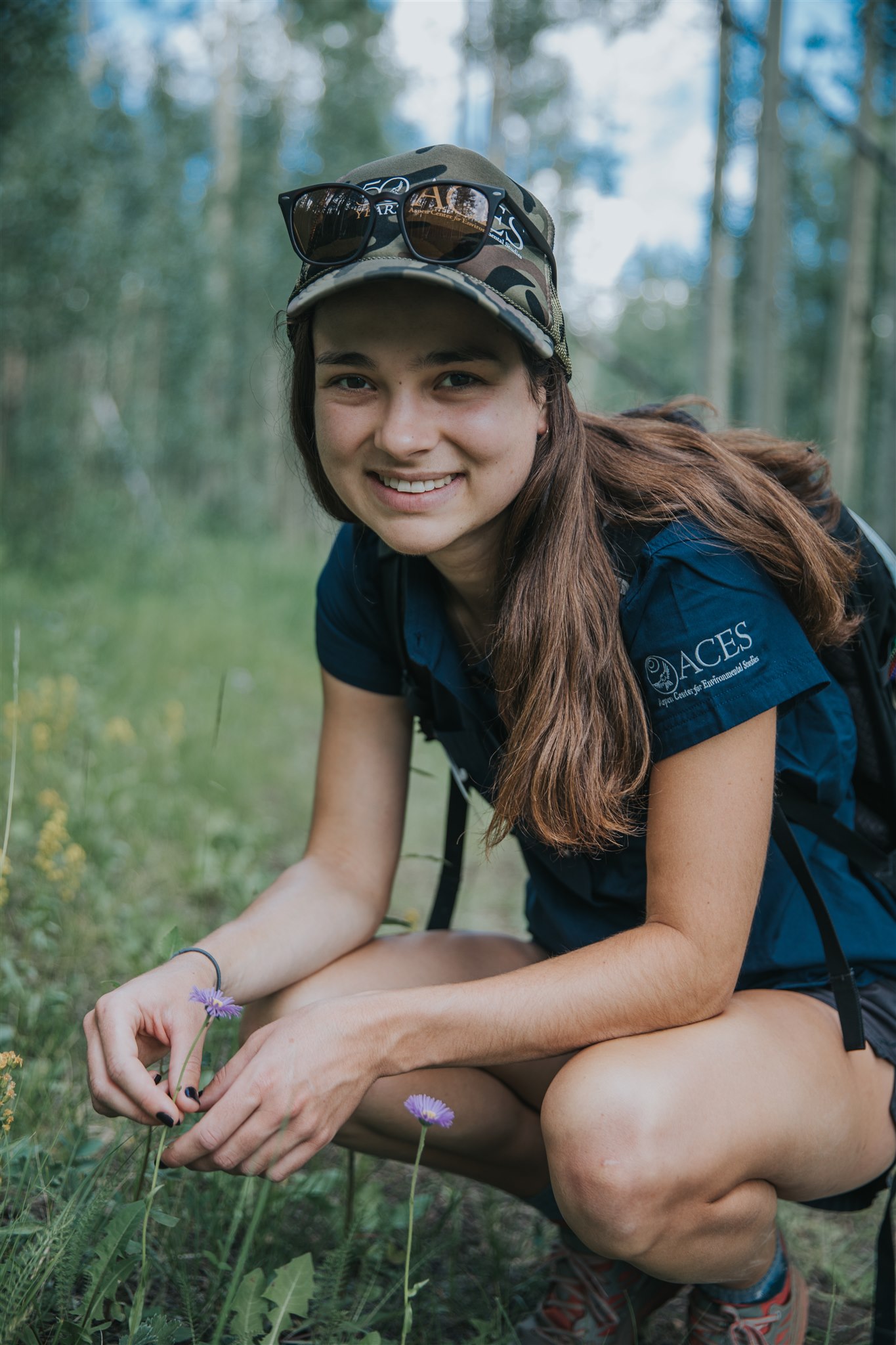 In the summers, each hike adds mileage and resolves detail in my mental map of the area. After work, I set out from Toklat on walks or runs, exploring the Castle Creek Valley. I get acquainted with my neighbors (mountain bluebells, brook saxifrage, the parsleys, the louseworts). A steep hike behind Toklat climbs next to Devaney creek before ascending through aspen groves to Jackass Flats, a clearing that offers views of the valley floor and, across the valley, Ashcroft mountain. It is here that I find today’s clues and treasures: the parallel tracks of a long-abandoned mining road, a tiny semi-translucent wildflower ducking its head shyly, the dilapidated remains of a cabin. Abstract concepts from training – the mining history, the watershed – gain concrete reality with every new discovery, every observation.

In the winter, I glimpsed the spell that Aspen casts on the people who live in it, and felt the magic begin to work on myself. Countless conversations on ski lifts revealed just how many people came to this valley for one season years ago and never left. One powder day in February broke a weeks-long drought of snow and I could feel the collective elation in the air. After my morning ski tour I hiked to the top of Longshot, stepped into my skis, and began carving fresh tracks in over a foot of powder, winding through trees. I could have been the only person in the world. I learned why people stay here. 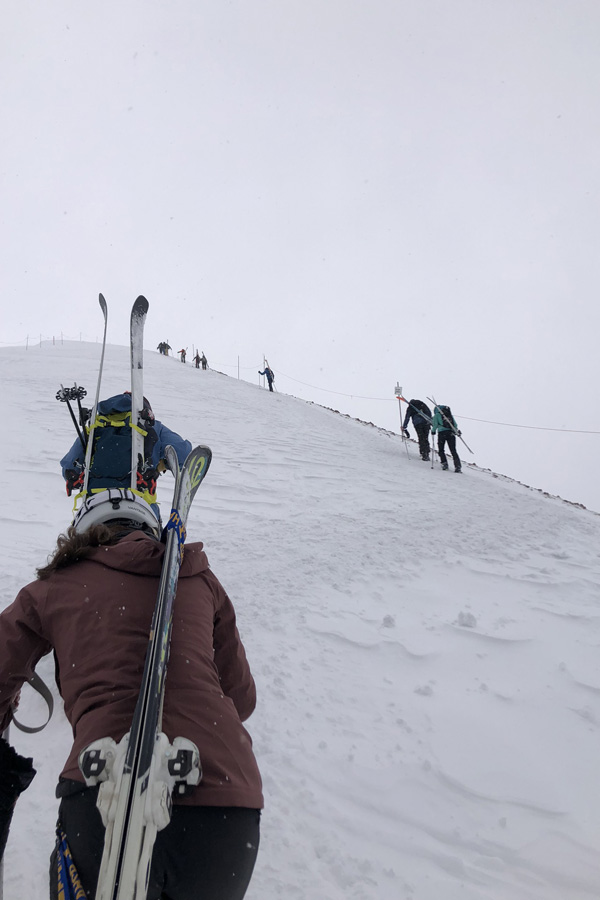 Despite teasing my parents that I may drop out of law school before I start and never leave Aspen, following the example of so many locals, it’s time: I’m leaving. I am faced with the unfortunate reality that I cannot bring it with me. Aspen Mountain won’t fit in my suitcase, and Toklat is too heavy to carry away, as are the trees. Next winter the snow will perform its daily melodrama, its grand and microscopic metamorphoses, and I won’t be here to witness it. 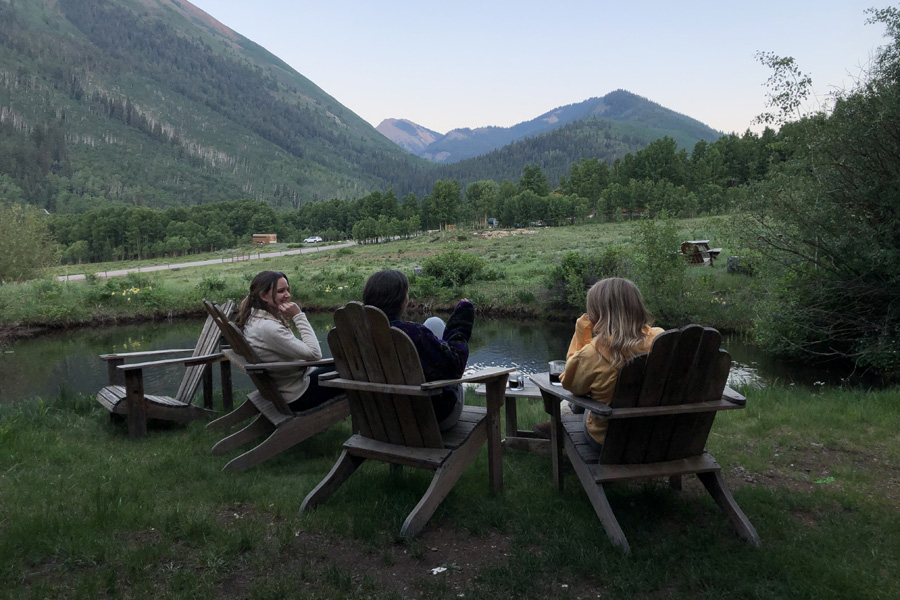 Hanging out at the Catto Center at Toklat, taking in the view of the Castle Creek Valley

What can I take with me?

On top of everything I learned about Aspen and the love for it that followed, I learned from Lakota, and Debra, and John. I want to be like them: to wonder why things are the way they are, to engage with the world from a place of curiosity. I can’t bring Aspen with me when I leave, but I can hope to bring that, and to discover the same love of a place wherever I go. 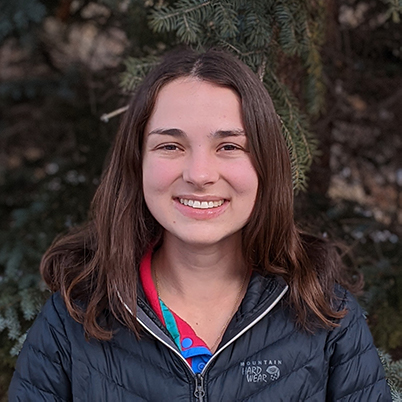