Despite the Snow, on goes the show…What are the first native flowers you see each spring?

I went out for a hike with my sons up the south-facing Red Butte Trail in early April searching for the first blooms. We came across what appeared to be two species of yellow flowers. One was in the parsley family, Gray’s biscuitroot Lonatium grayi. We were delighted to see that even this early in spring there was a bee busy gathering nectar. The second yellow flower was at first a mystery! Kneeling down I could smell its sweet fragrance but there were no flower parts. Aha, a pseudoflower! 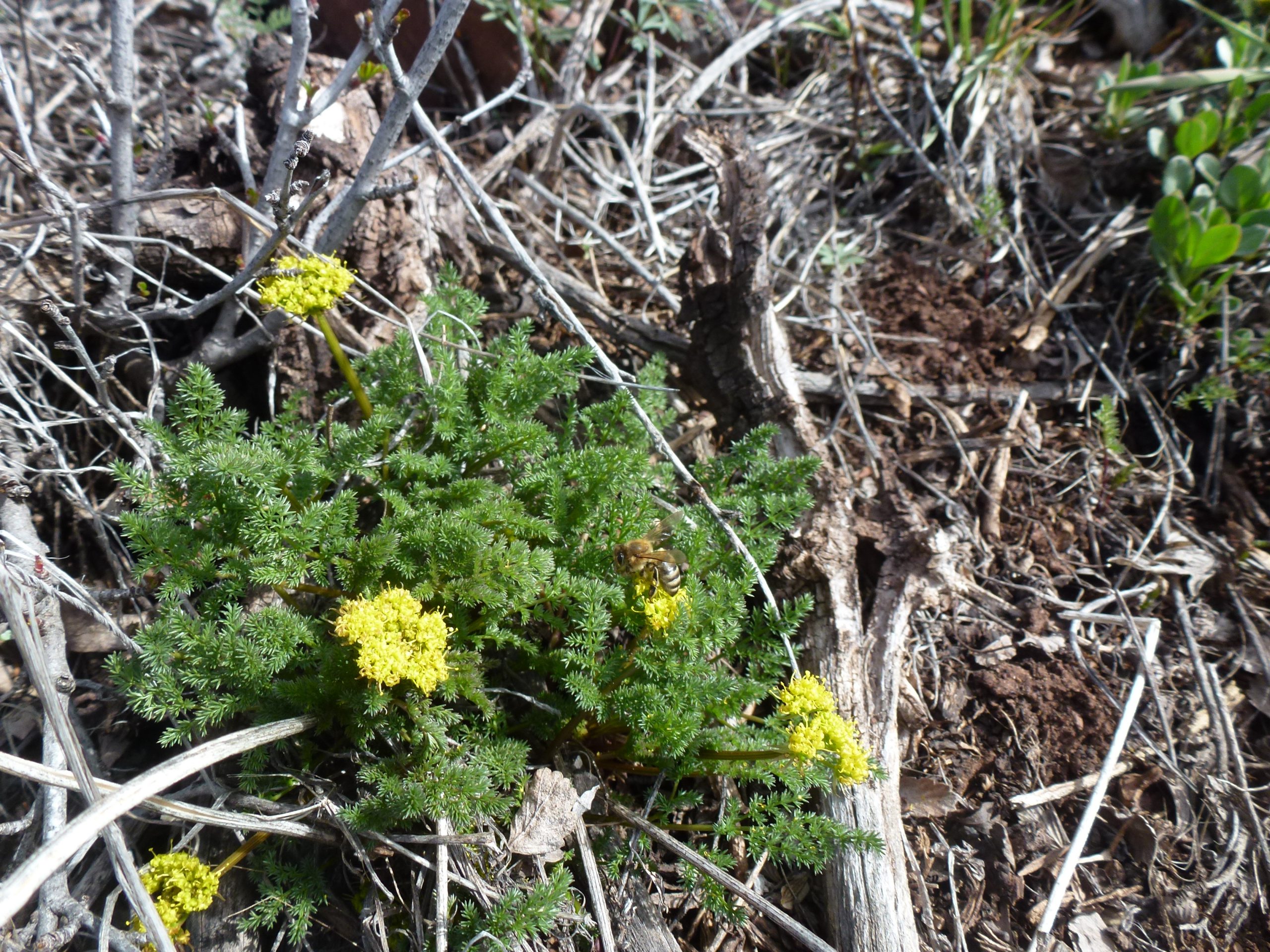 Gray’s biscuitroot with a bee

The yellow flower-like structure is the result of the rust fungus Puccina monoica that invades the host plant, here a rockcress (genus Boechera, which is in the mustard family). The rust inhibits the growth of the leaves making them appear to be a flower and causing an eruption of yellow, sticky, sweet, and fragrant blisters. The bee that was visiting the biscuitroot also plays a key role in the reproduction of rust fungi as it transfers spermatia from host to host while looking for nectar. 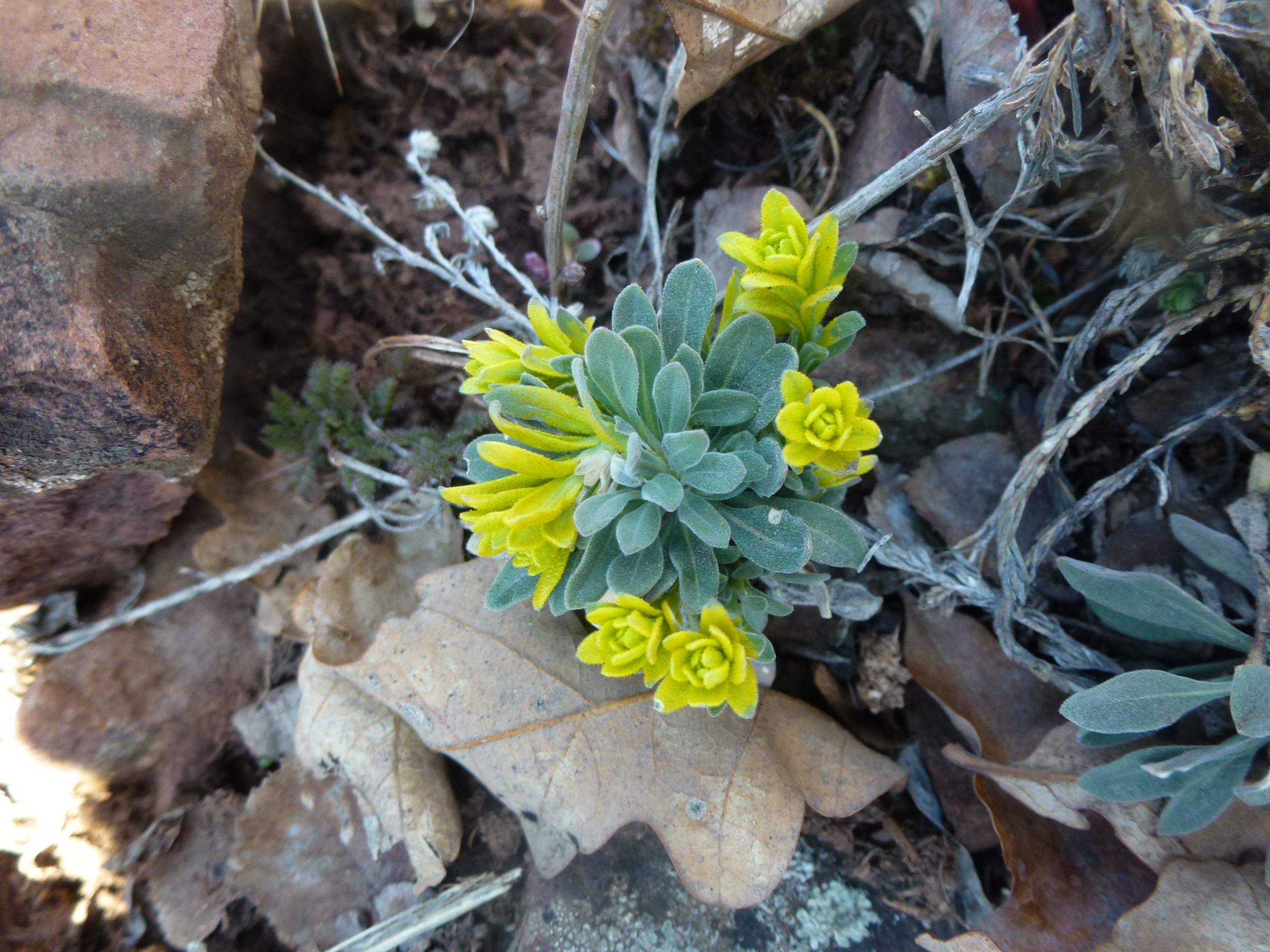 Other flowers that have bloomed before May 2014 are:

Often the first plant to bloom in our area is…
aspen Populus tremuloides (pictured at top of page, a male aspen catkin about to bloom)

Next week is a big week. In Aspen, cottonwoods and aspens will begin leafing out! Also look for male robins bumping into windows, apparently challenging another male (its reflection). Hummingbirds and Ruby-crowned Kinglets have arrived. Listen for them.