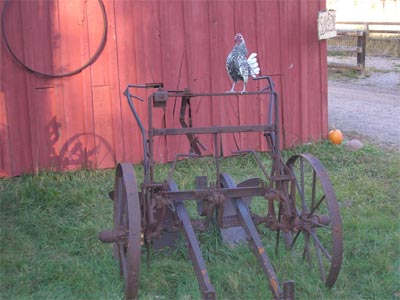 Among the egg-laying hens, there lives a one-pound rooster with 100 pounds of testosterone.  He has become known as Napoleon, for want of a better name.  Rarely does five minutes pass without the little bantam unleashing his high and squawking crow. The full-size chickens, turkeys, and peacock are like giants next to him.  Nonetheless, Napoleon walks with the pride of a king. If Napoleon were the size of an ordinary rooster, he would be the terror of the ranch.  At present, he is too small and awkward.  There is more entertainment than danger in his aggression.  Even so, we are wise to give him space.  He is content to crow to the air, and assert himself to the world.  And in the small world of a chicken yard, Napoleon is ruler.  Until he is bested by a larger bird … but after a short retreat, he’ll declare himself king again! (Napoleon is also known as Stewart.) 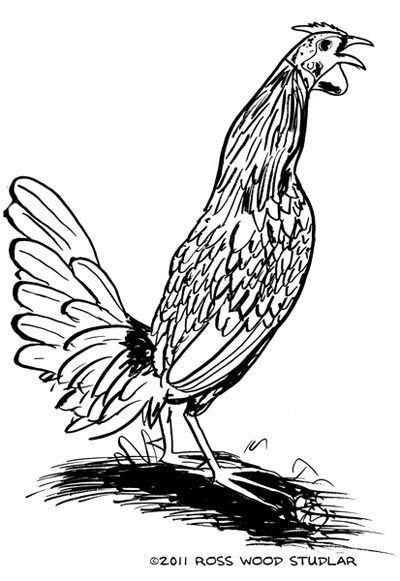