Myles Traphagen coordinates the Borderlands Program for Wildlands Network, with a focus on channeling collaborative efforts to maintain and restore habitat for species like jaguar, black bear and Sonoran pronghorn.

He oversees strategic partnerships, communications and projects to advance large-landscape conservation goals in Mexico and the United States, including organizing opposition to the border wall. In his other role as Science Coordinator for the Malpai Borderlands Group, he directs research and restoration projects in the Arizona and New Mexico border region. Myles was drawn to the Borderlands of southeast Arizona after obtaining his bachelor’s degree from the University of California at Santa Cruz. He began his career at San Bernardino National Wildlife Refuge east of Douglas, Arizona, working on native fish recovery, grassland restoration and vegetation monitoring on prescribed burns.

Although his early years were spent backpacking the Sierra Nevada and Big Sur in his native California, he didn’t stray far from the US/Mexico Borderlands and the neighboring Great Plains to the north. He spent several years monitoring grasslands on Ted Turner’s bison ranches, and then worked for the Turner Endangered Species Fund, rewilding the Bolson tortoise and advocating for conservation lands in the big turtle’s native habitat in Mexico. He holds a Master of Science from the University of Arizona, where he conducted research on habitat connectivity between the United States and Mexico for the white-sided jackrabbit (Lepus callotis). Myles lives with his wife and six-year-old son in Tucson. They enjoy swimming, playing music, making chile colorado sauce, and spending time with their families in Arizona and Sonora, Mexico. He is a member of the Chickasaw Nation, a licensed pilot, and is a veteran of the United States Coast Guard. 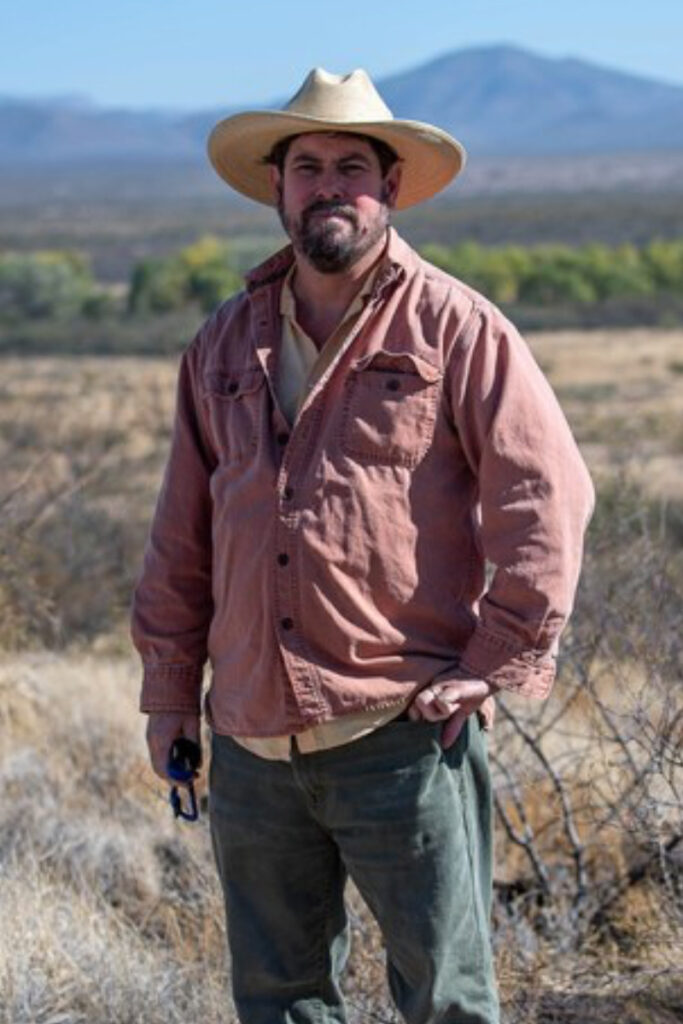