Founder and Curator, Work As Play

Raymond A. Mendez II founded his firm Work As Play (WAP) in 1980 after spending 14 years at the American Museum of Natural History as a taxonomist in the department of Entomology and then senior principal artist in Exhibits.

His work includes participation in the Ocean Life Hall, Plains Indian Hall, Man in Africa Hall, Invertebrate Hall, Reptile Hall, Peoples of Asia Hall as well as innumerable temporary exhibits. One of his fondest memories is of his first visit to Trinidad where he spent three weeks living at Simla, exploring the jungle and learning techniques for the capture and transportation of a full size army ant nest. Thus began his love affair with Trinidad, its wildlife and people. He designed and collected the first colony of army ants to be shown live in the US at the AMNH. The colony was exhibited in honor of that year’s Nobel Prize award for the study of animal behavior.

When he first established WAP, Ray focused his attention on the photography and publication of wildlife stories, motivating Natural History magazine to publish four articles that promoted the wildlife of Trinidad and as a result the AWNC. His other work projects were heavily weighted towards the communication industries. Having created the special effects or wrangled (he coined the term “insect wrangler”) critters in over 200 television commercials and hundreds of still ads, including the creation of such iconic images as the Ronald McDonald happy meals toys that later became know as the Hamburgler and Ronald McDonald, the egg for the movie poster Alien (he coined the term “In Space No One Can Hear You Scream”) and the Absolute vodka fish campaign. Many TT residents should remember this ad as it was prominent for several years at the entrance to main lounge at the Piarco airport. His skills also lead him to be hired as project principal in movies such as Silence of the Lambs, Joe’s Apartment and Creepshow.

Ray was asked to return to museum design work by the director of the Museum of the Hudson Highlands. That project, incorporating traditional museum quality design, advertising message delivery systems and movie storytelling techniques, was such a hit that he was asked to design the first two garbage museums in the US. This was quiet a challenge as he had to encourage guests to be excited over things they had just put in the trash. Totally by accident, his love of mole-rats (he had done several magazine articles on them) propelled him to work in zoos. His interest in conservation mixed into storytelling has led him to work on dozens of significant projects including Disney’s Animal Kingdom in Florida (where he continues to serve as an adviser to the company), Trail of the Elephants at the Melbourne Zoo in Australia and the Kid’s Zone at the Tacoma Zoo in the state of Washington.

Ray’s philosophy at Work As Play focuses on creating teaching environments unique to the institutions he serves. His teams perform their work within a framework of designers, architects, artists, and educators who work closely with an institution’s staff and other consultants to create exhibits that not only serve the public, but also are fun, visually exciting, informative, and easy to maintain. His forte is in creating environments that teach in a casual, friendly atmosphere. As he feels the ultimate client is the always the visitor, his goal is to design exhibits that motivate people to ask questions, to change their own behavior and attitudes and to help prepare them to understand areas of future concern. He has, during his entire tenure on the board of the AWNC, tried to bring these ideas and ways of working to the forefront of the decision making process. 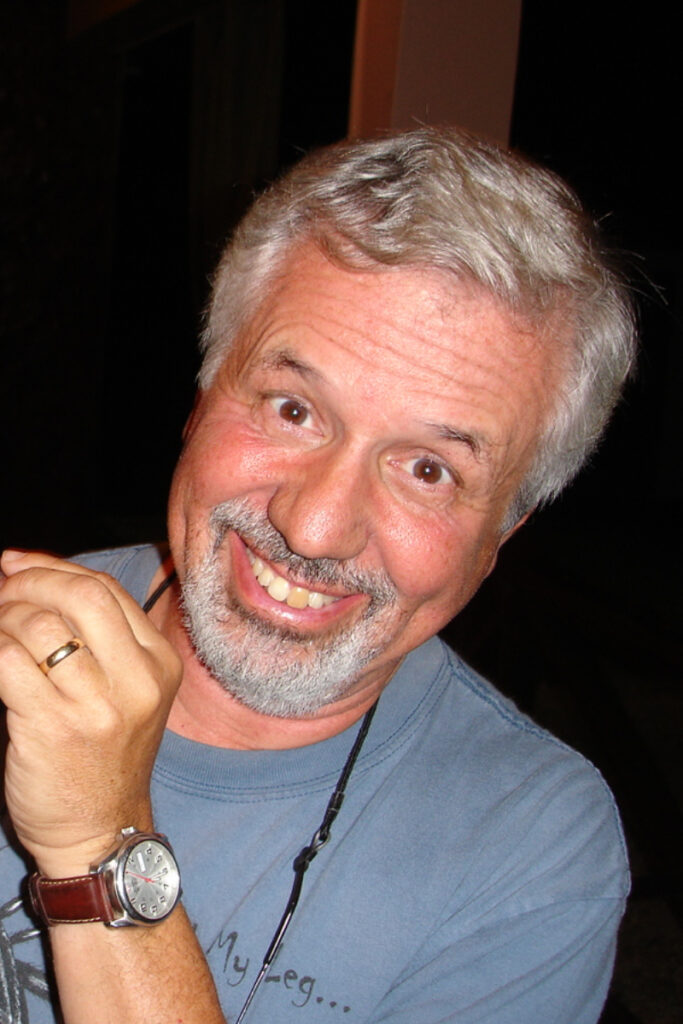