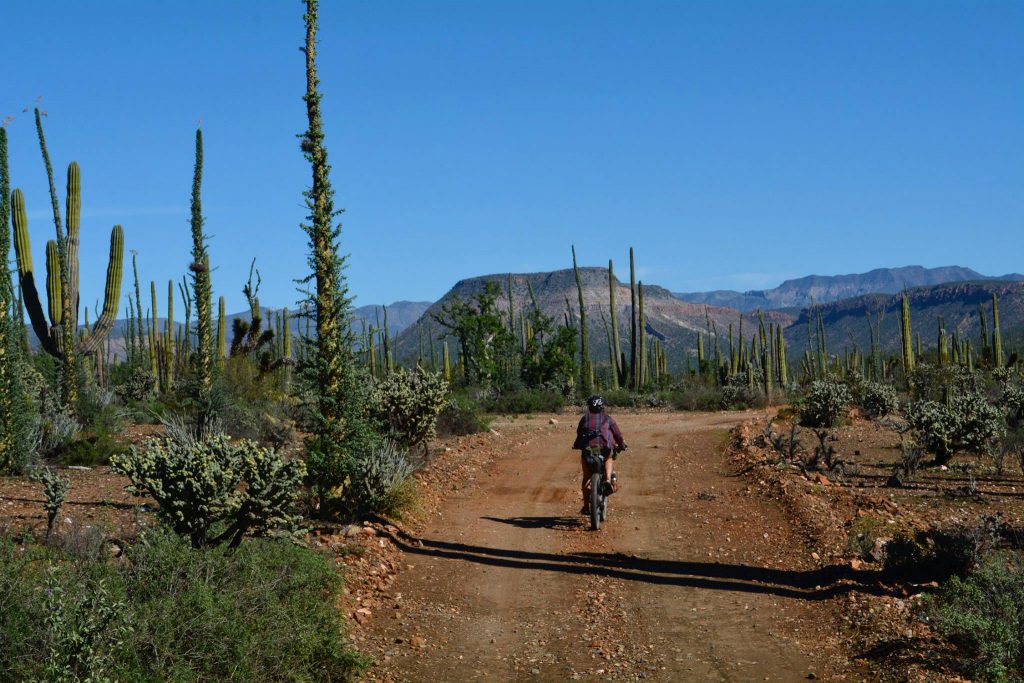 In early January 2017, Sarah Tory set out on a solo self-supported bicycle trip down the Baja California Peninsula. Following a series of remote dirt roads and sometimes, mere tracks in the sand, she intended to pedal from San Diego to La Paz, 1,400 miles south. But things didn’t go according to plan. There were heavy rains, long stretches without water, cactus thorns, ferocious chihuahuas, and intense loneliness. Finding help­—and solace—from strangers along the way, Sarah also found herself re-considering her own definition of adventure.

Sarah Tory is a Canadian independent journalist focused on migration, borders, environmental conflicts, and rural communities. In previous lives, she worked as an English teacher in Switzerland, a documentary scriptwriter in Peru, and a newspaper reporter in Chile. When she’s not writing or reporting, Sarah enjoys dreaming up harebrained adventures in the Elk Mountains and beyond. She’s currently based in Carbondale, Colorado.

What is Wild Perspectives?

ACES’ brand new Wild Perspectives speaker series features exciting accounts of world travel, adventure, and the natural world through stories and visual media in partnership with The Collective and the Town of Snowmass.

From January through March, this speaker series takes place every Tuesday evening at 6PM at The Collective, providing an opportunity for community-building and story-telling that engages Aspen and Snowmass locals and visitors alike.