Reducing the spread – the ACES way

Like most everyone these days, here at ACES we are concerned about COVID-19, especially now that winter has crept up and more of us are working inside. Commercially available air filtration units marketed as a means to reduce sneeze and cough particulate matter in the air looked like a good option, but their price tag was enough to take our breath away! To properly filter the air in the Hallam Lake Nature Center, we would need to spend between $2,000 and $5,000. While we were comfortable with this expense if it kept employees and guests safe, we felt we owed it to our generous donors and supporters to research how we could have the highest quality air at the lowest possible price.

What is a commercial air filter?

When researching, it is best to start at the most basic question and then work from there. In this case, that question was, “What is a commercial air filter?” Turns out they consist of two critical components: a filter and a fan (though some units also included a UV light). Having purchased fans in the past, I knew that the fan couldn’t be the expensive part, so it had to be the filter. The next logical question was “What kind of filter does a commercial air filter use?” Air filters are usually ranked under the MERV Scale (Minimum Efficiency Reporting Value) which runs from 1-20 with 1 being the lowest level of filtration and 20 being the highest. Commercial filters marketed to combat COVID-19 begin at MERV 13 and continue up to 17. The lower end of these filter 90% of particles 0.3-1.0 microns while the higher end removes 99.7% of particles 0.3-1.0 microns. Most cough and sneeze nuclei on which viruses travel are over 100 microns, and typically are not smaller than 2 microns, so this level of filter is sufficient to greatly reduce airborne particulates. When I looked at HVAC filters with a MERV rating of 13 I found they only cost about $20, so that’s when I started wondering why we couldn’t just build our own air filtration units. 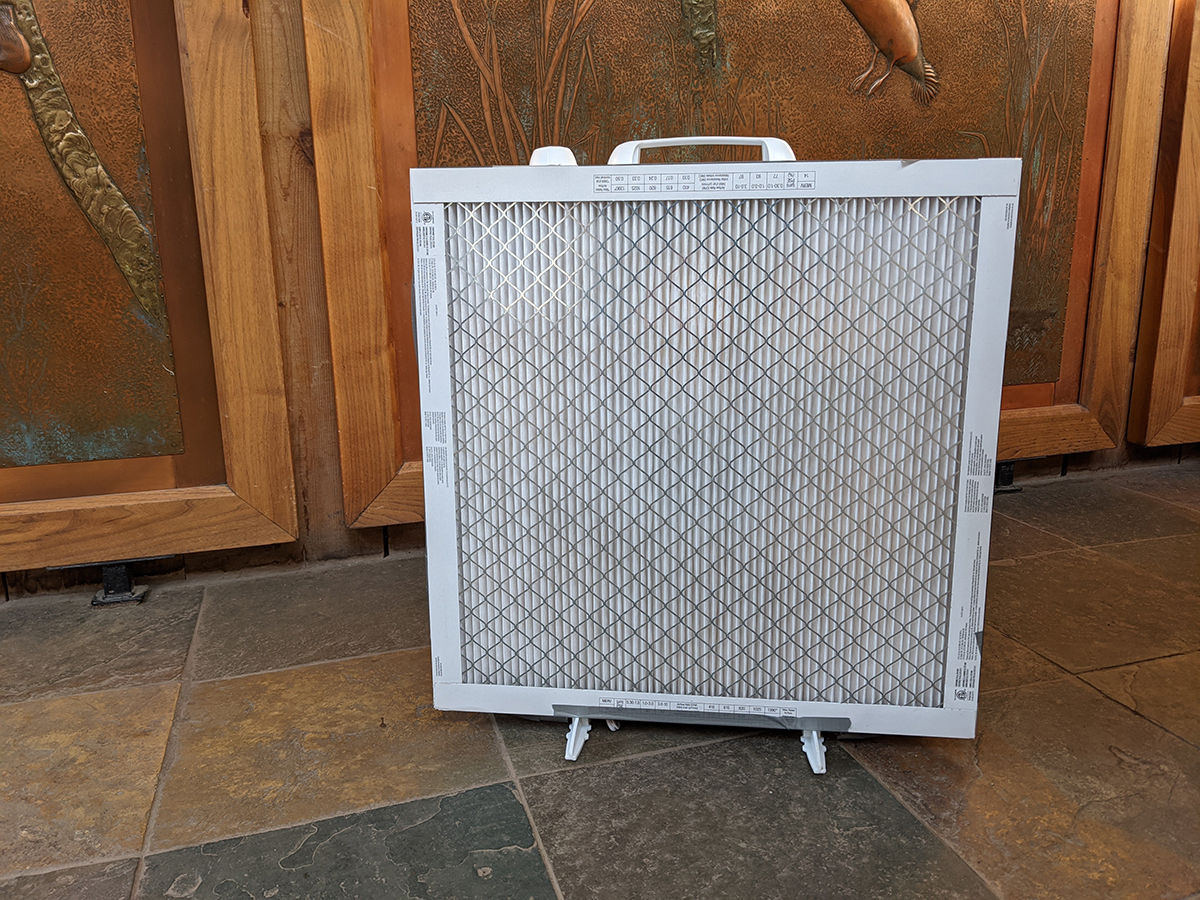 Now that I had an idea, I needed to see if anyone else had produced a homemade air filter. While it would have been fun to claim primacy, a quick internet search revealed that Prof. Richard Corsi, the Dean of Portland State University’s College of Engineering and Computer Science had already built and tested an air filter constructed of a 20” box fan with a 20” HVAC MERV 13 filter duct-taped to it. In tests it was found that the contraption reduced particulate matter in a room of choir singers by 50%, which is as effective as many commercial models. When combined with wearing masks, which reduce transmission of COVID by 50%, we could potentially reduce our risk by 75%! So there we had it, not only plans to make our own filters, but a study demonstrating that they are effective to boot. The only change I made was to upgrade to MERV 14 filters at Lowes for $25 each. This level of filtration is roughly the equivalent to that of N95 masks (95% removal of 0.3-1.0 micron sized particles). Filters with a MERV of 15 and above became drastically more expensive as they are hospital and industrial grade but only offer scant improvements in filtering ability.

Next time you swing by ACES, be sure to check out our box-fan filters. They may not be as attractive as commercially available models, but they are effective at cleaning the air and are a fraction of the cost. All told, each unit cost $45 ($20 for the fan and $25 for the filter). Assembly time was less than 10 minutes. While these filters are not a magic bullet and you should certainly wear a mask, we think that these could be great options for homes and businesses throughout the valley. 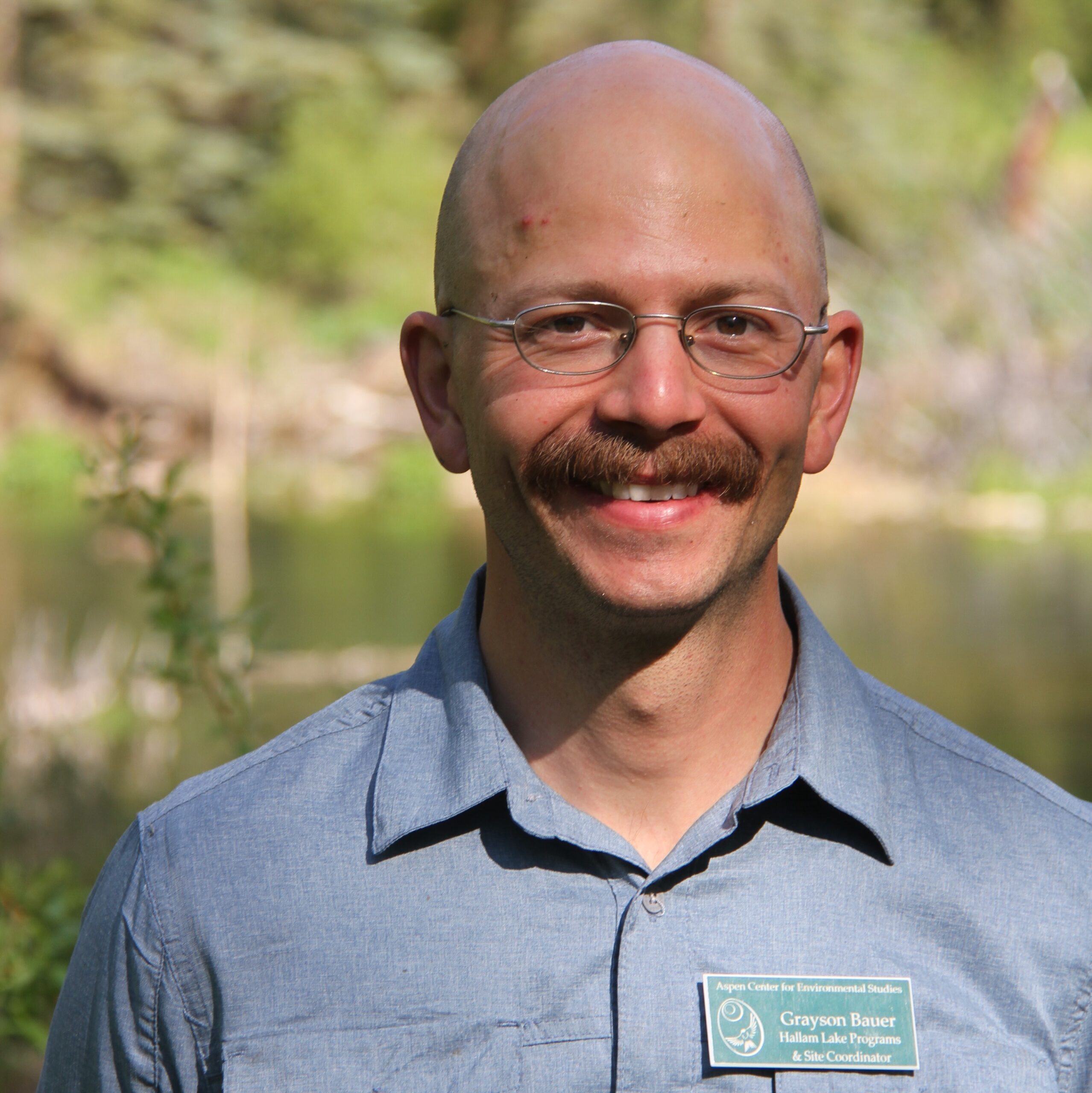